The true story of the extraordinary woman whom John Lennon loved.

John Lennon was asked how much the anti-war billboards cost. He answered,

“I don’t know, but it’s cheaper than someone’s life.”

The simple message, “WAR IS OVER! IF  YOU WANT IT” is similar to Yoko’s instructional art pieces – asking us to imagine something so that it can potentially materialize.

John and Yoko located a shop in Times Square in New York City which would print your own customized newspaper headline. Their first idea was to get the ‘War Is Over!’ slogan printed in newspapers, as if it had really happened. It proved too difficult to get the message to headline every newspaper worldwide. They decided to launch a worldwide poster event instead.

The minimal poster design is perfect in every way; the bold black and white message, the font, the exclamation point and the changing scale from large to smaller lettering. It is set in the plain, sans-serf Franklin Gothic Extra Condensed black type – centered on a white background.

John and Yoko’s art director and photographer was John Kosh*. He had photographed their Bed-ins for Peace in Amsterdam and in Montreal in May 1969. Kosh also designed the single sleeves / album covers for Unfinished Music No. 2: Life with the Lions and Wedding Album. He would soon design album covers for The Beatles; Abbey Road and Let It Be and a number of covers for other iconic bands. Together with Kosh, John and Yoko created this iconic branding of peace.

The ad implements the ultimate power of positive thinking.

When millions of people looked up at the billboards in the midst of the Vietnam war and saw the announcement “WAR IS OVER!” they might have thought for a split second that it was true! This would at least bring a joyful moment of peace to all those who viewed the uplifting message. They would imagine their sons coming home from Vietnam and the ensuing celebrations. Then our eyes fall upon the smaller type underneath which reads, “IF YOU WANT IT” and we realize that it’s up to us to make this happen together, each in our own small way.

A fleeting image of peace being a reality is John and Yoko’s gift to us all – a glimmer of hope – a wish. In smaller print at the bottom of the poster, they wish us Love and Peace and a Happy Christmas.

John Lennon was born on the night of a WWII air raid on Liverpool on October 9, 1940. During her childhood, Yoko and her siblings were evacuated from their home during the Tokyo bombings in 1945 – the most destructive bombing in human history.

“The experience and the memory of war was deeply imbedded in both our minds, and had become the springboard for our efforts to speak out for world peace. We did the ‘Bed-In for Peace, unaware of the fact that we made our beds then, for life.”

An early instance of the slogan was during the second Bed-in (May 1969). Joseph Glazner, an American Vietnam-era draft resister who relocated to Canada made his way into the Lennons’ hotel room on the first day of the Montreal Bed-in. John and Yoko were on the floor, drawing large signs to decorate the hotel suite – scribbling messages of love and peace. Glazner joined them by writing the French phrase, “La Guerre est finie” (The War Is Over) which was the title of a 1967 French film starring Yves Montand. Glazner’s lettering was the first appearance of the words that inspired John and Yoko’s poster campaign seven months later.

The slogan and bold style of lettering is patterned after World War I (UK and USA) Army recruitment posters. The UK slogan is in bold red and blue lettering, “YOUR KING AND COUNTRY.” The USA poster features the caricature of a stern Uncle Sam pointing his finger. The word ‘WANT’ on John & Yoko’s poster clearly comes from “I WANT YOU FOR U.S. ARMY” on the American recruitment poster designed by James Montgomery Flagg. John and Yoko inverted the message. Instead of ‘wanting YOU, the war is over if YOU want IT. The power is in YOUR hands.

The smaller letters beneath “IF YOU WANT IT!” reflect the same decrease in size of the words “NEAREST RECRUITING STATION” on the army poster.

(A station address was to be stamped in the space left at the bottom).

John and Yoko’s brilliant ad employs the tactic of disruptive marketing. It makes viewers stop in their tracks. It engages our emotions in its starkness and simplicity. (In today’s busy world, we are bombarded by more shocking modern guerilla marketing tactics such as flash mobs).

The ad’s stunningly bold and wishful statement with a promise of fulfillment calls upon us to participate by simply changing our mindset. The ad was eye-catching and irresistible. The public was already sympathetic with John and Yoko’s resonating peace message, which made it easier to believe that peace was possible to achieve.

Read my story about the Lyceum concert here:

“When we stick posters around saying, “WAR IS OVER! – If You Want It”, what we’re trying to promote is an awareness in people of how much power they have, and not to rely on the government, or leaders, or teachers so much that they’re all passive or automatons. They have to have new hope.

“Everybody’s looking for goals and answers; the youth especially.

What we’re trying to tell them is that “You are the goal. Nobody on earth can do it for you. Whatever it is you want, you must do it yourself.”

Two years later, on December 1, 1971 John and Yoko released their single, “Happy Xmas (War is Over)”. The slogan was the song’s chorus,

IF YOU WANT IT”

Yoko annually revives the WAR IS OVER! campaign with posters and print ads in many different languages. She instructs people to send the poster as a holiday card, or to print and display it. You can download the posters at www.imaginepeace.com

Another inspiration for the campaign was a letter that the Lennons had received from British film director Peter Watkins. His films included the Academy Award winning The War Game (which premiered in 1966) with its anti-nuke message. His letter challenged John and Yoko by claiming. “People in your position have a responsibility to use the media for world peace.”

“We sat on the letter for about three weeks thinking, ‘Well, we’re doing our best, all you need is love, man’.  That letter just sort of sparked it all off.  It was like getting your induction papers for peace.”

Coincientally (?) the La Guerre Est Finie movie poster depicting a woman with long flowing hair splayed behind her, with a man nestled in her breast is reminiscent of the final photographs taken of John & Yoko by Annie Leibovitz in December 1980.

Read all about the book, see the reviews and more. 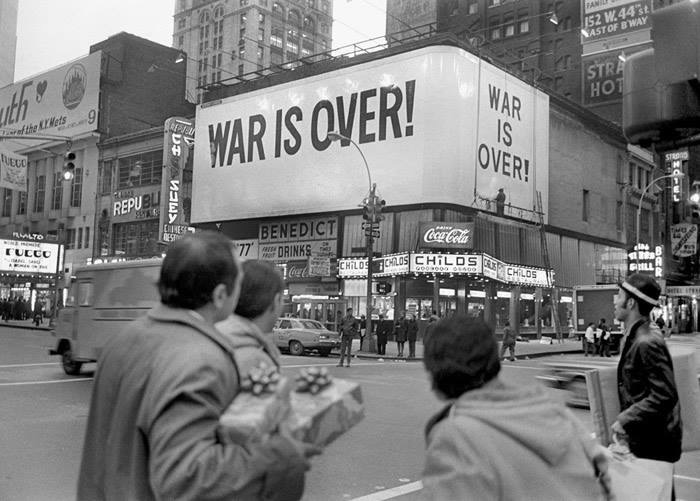 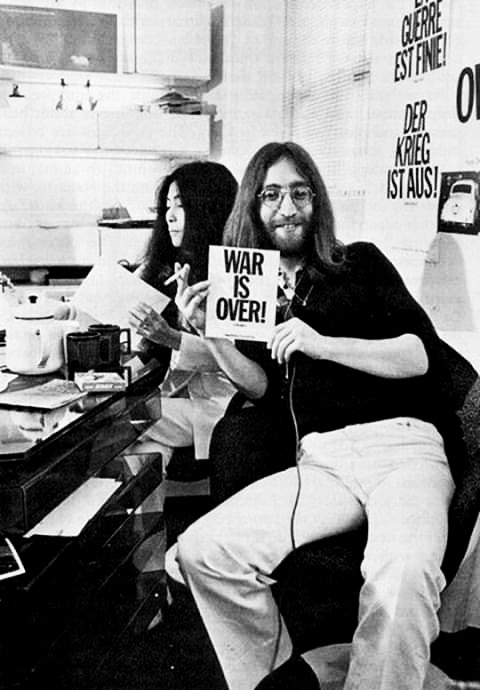 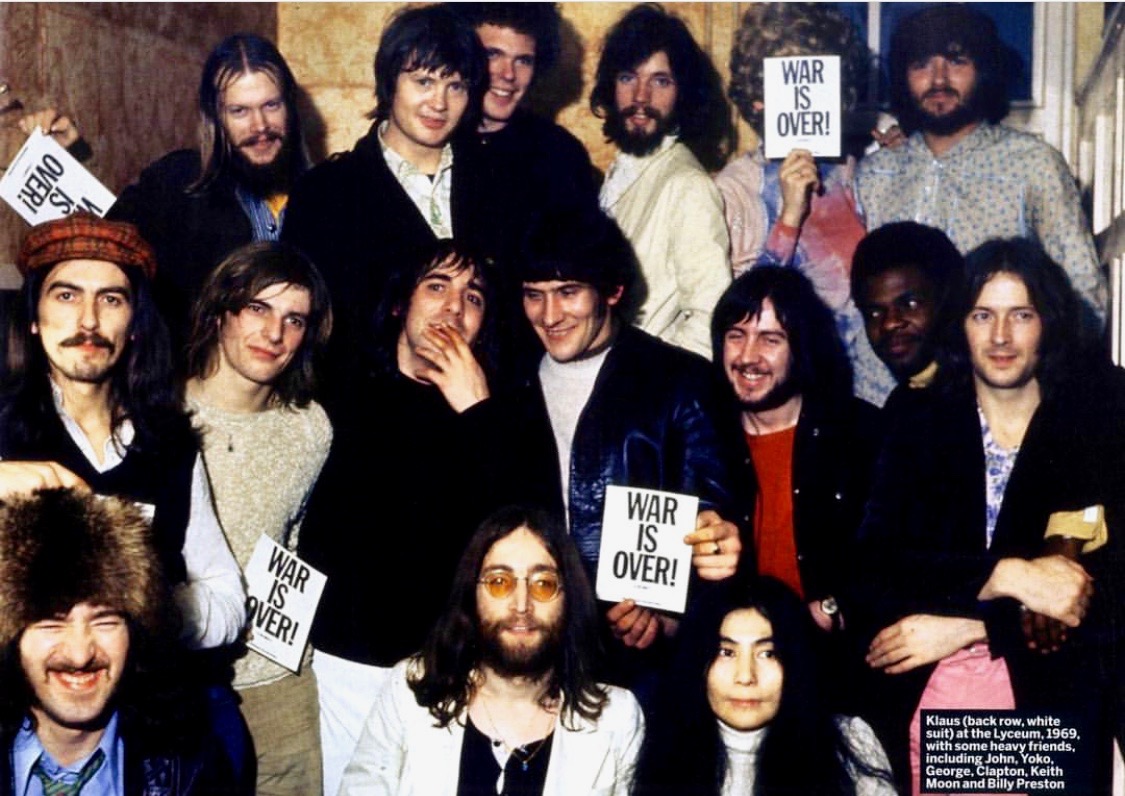 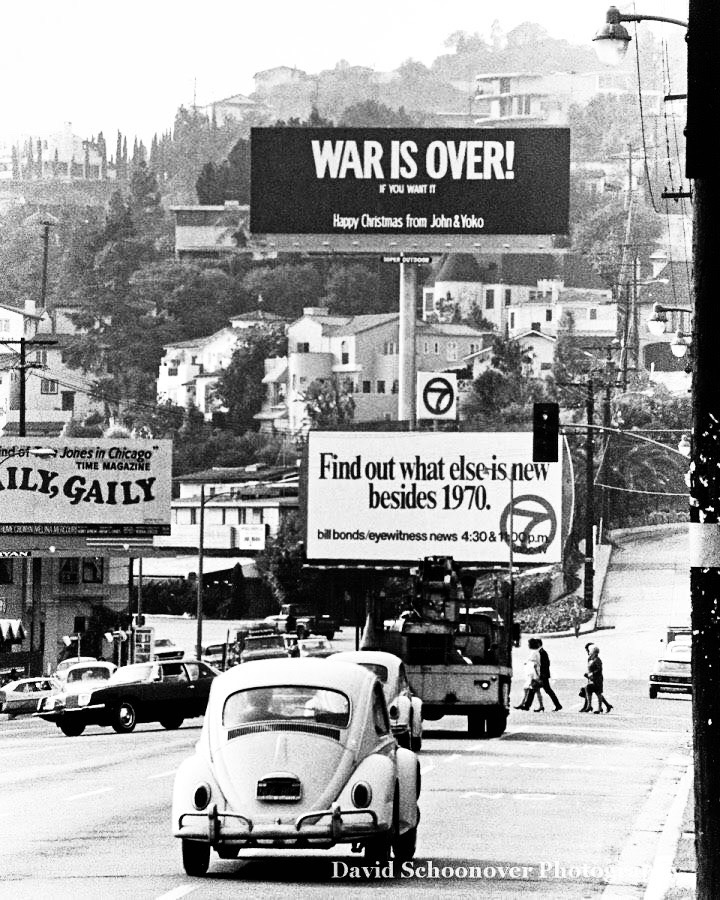 Another possible inspiration – 1945 still frame from a Frank Sinatra documentary: 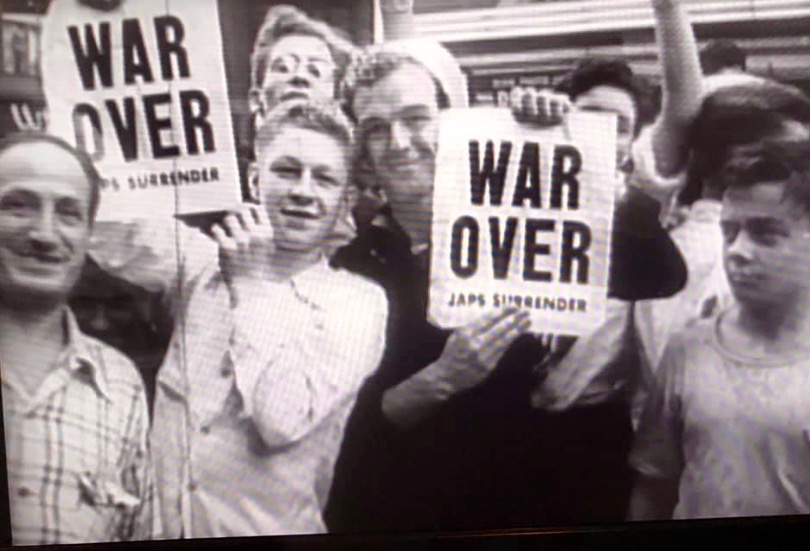 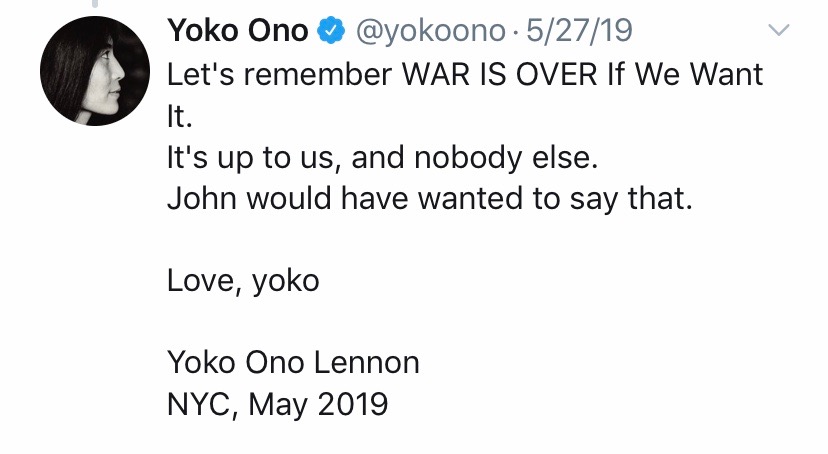 The WAR IS OVER! campaign was once a tiny seed, which spread and covered the Earth.

John and I believed it helped many people to stop their wars. Since then, every WAR IS OVER! campaign has impacted the world as powerfully as the first one.

Start yours tomorrow, and you will see that it spreads and covers the world very fast and, meanwhile, makes you a Small Pebble Person.

Small Pebble People are people who know that small pebbles, when they’re dropped in the ocean, will immediately affect the ocean of the whole wide world.

We’ll keep doing it. Together.
That’s how the world gets changed…by Small Pebble People.
We change, and the world changes.

“The Beatles and their ilk were created by the vacuum of non-conscription for the army. It suddenly ended in Britain. When I was still sixteen I was looking forward to hiding in Ireland.  Because they still had conscription and then it was all over. I just missed it in 1940. And then from then on,  the whole music thing burst out. And we just knew we were the army that never was. We’re the generation that were allowed to live. And the music came out of that.”

* Besides the design for the War Is Over! posters, art director / designer John Kosh also worked on the following; the singles “The Ballad of John & Yoko”, “Cold Turkey”, “Give Peace A Chance”. Album covers for Phil Spector’s A Christmas Gift To You, The Rolling Stones (Get Yer Ya Ya’s Out), The Who (Who’s Next), four covers for Ringo Starr, Badfinger, James Taylor, Rod Stewart, T. Rex (Tanx, Zinc Alloy and the Hidden Riders of Tomorrow, Bolan’s Zip Gun). He designed the ELO spaceship, Spinal Tap’s 1992 album cover and many more. And (as mentioned in my story, The Beatles’ albums Abbey Road and Let It Be.)

© Madeline Bocaro 2013. No part of this text may be copied, photocopied, reproduced, translated, re-blogged or reduced to any electronic medium or machine-readable form, in whole or in part, without prior written consent. Reproduction in any form without permission is prohibited. All of the text written by Madeline Bocaro is protected by U.S. copyright law and may not be reproduced, distributed, transmitted, displayed, published or broadcast without prior written permission. 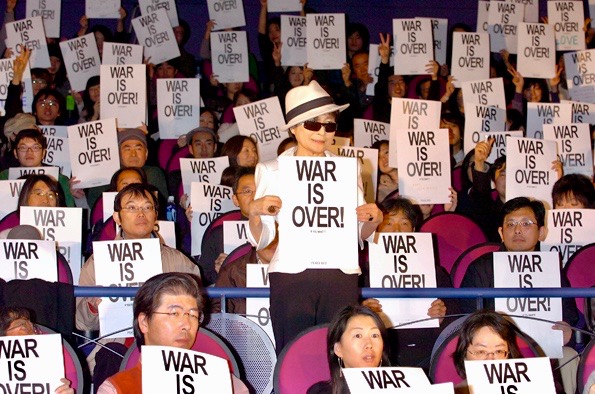 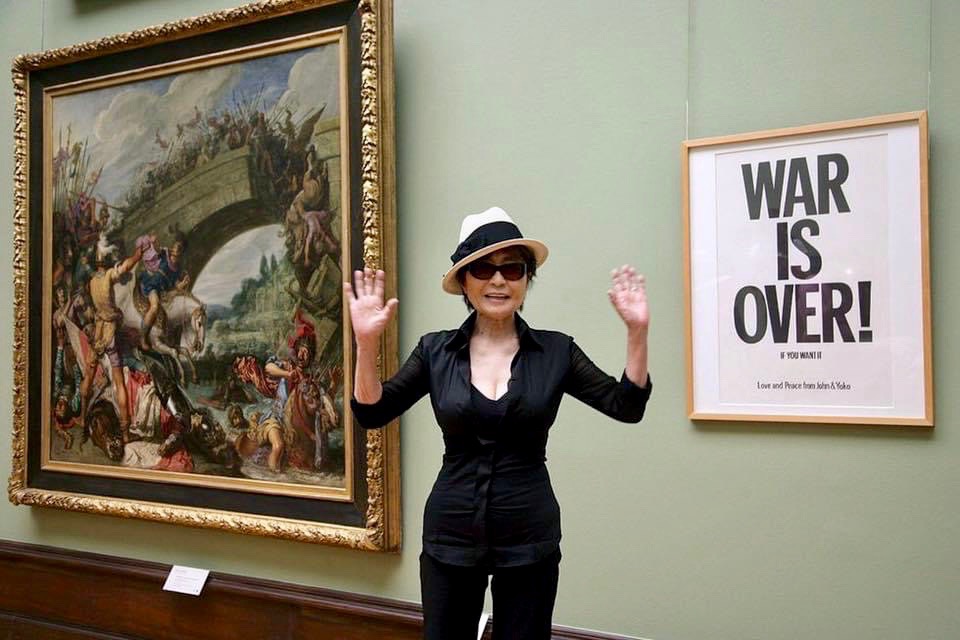 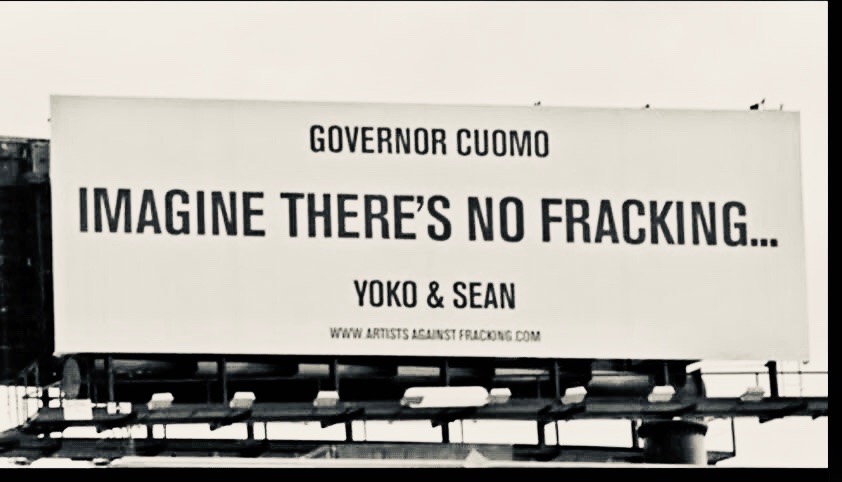 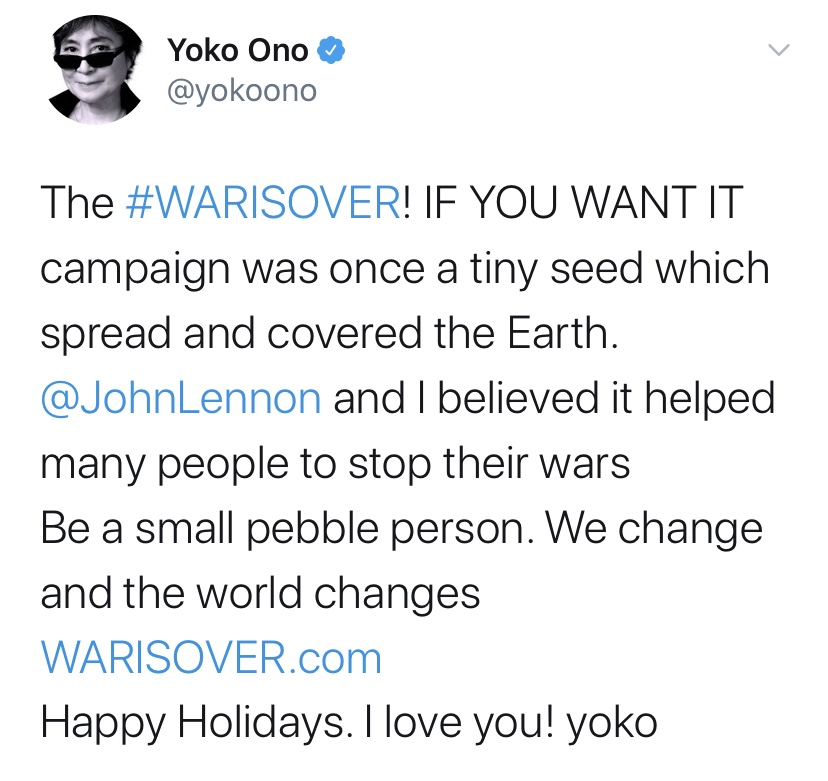 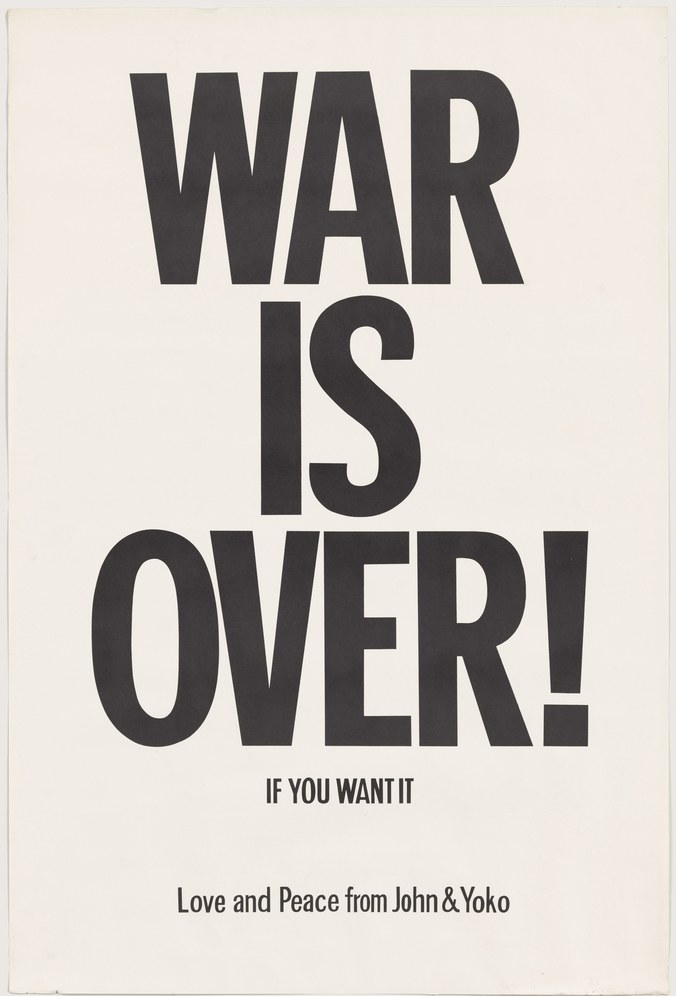 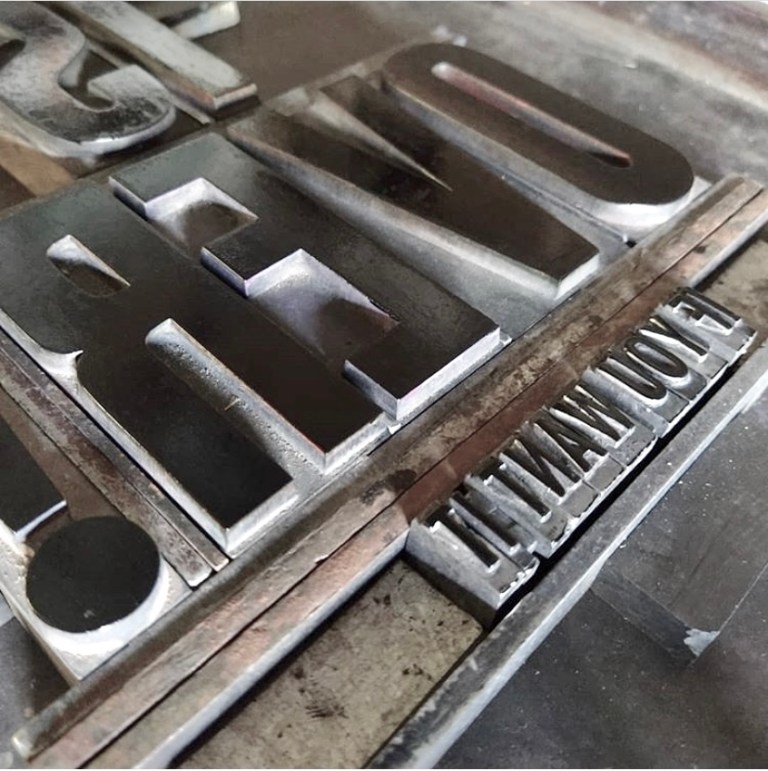