It is usually refreshing when an old album is remixed using the latest technology – the polishing of an old jewel.

However, in the case of The Idiot, I do not want the beautiful sludge removed

from this gloomy, sometimes robotic masterpiece

which absolutely resides in the gray zone.

The album’s monochromatic twilight zone is eloquently expressed in a gray-scale photo of Iggy on the album cover in his (Heckel) Roquairol pose.

The Idiot is perfect . It is Iggy’s Metropolis.

I have a feeling that the 2020 remix will be more like Xanadu.

So far (while anticipating the 7-CD box set featuring Iggy’s two 1977 solo albums The Idiot and Lust For Life) we have only heard an alternate mix of ‘China Girl’ (link to listen is below). This is from a rarities disc released on the wonderful Easy Action label in 1977. This mix completely changes the extraordinary atmosphere of the original. Iggy’s voice is super clear. He does not sound like a buried corpse. This is unfortunate.

The original charm of this song was that the delicate China Girl could not possibly love this wretched, demented American guy who escalates his screams of world domination at the end. Now he sounds like nice guy.

The toy piano played by Bowie that made the original sound sweetly innocent and vaguely oriental has been elevated in the mix on an extremely annoying scale, similar to John Cale’s barrage of sleigh bells invoking a Christmas nightmare on his recently released production of The Stooges’ ‘I Wanna Be Your Dog’ (1969).

See my review of Cale’s mix of The Stooges album…

The new mix of ‘China Girl’ chips away the block of cement that Brian Eno so eloquently cited at the time of The Idiot release in March 1977. (“It’s an experience akin to being encased in concrete.”)

Bowie and Visconti’s unique treatment of the instruments is virtually removed as though their services are no longer needed. Eno’s own EMS AKS briefcase synth which he loaned to the sessions is rendered useless here as well. Even Eno gets a pink slip! These cutting-edge artists could not have imagined that 43 years in the future, some young engineer(s) – unborn at the time, would be tinkering with their deliberate work – erasing the many hours they spent on their devious and innovative production of these legendary, now classic sounds that were ages ahead of their time.

As I have written in my story celebrating the album:

The Idiot sounds like nothing of this earth. It is the soundtrack of Iggy’s time in Europe with David Bowie. It is devoid of color, neither black nor white. It is mechanical, ashen, leaden, gray – a warped, disturbing dream of wartime cabarets, factories, smokestacks, Metropolis, Oedipus Rex. It is murky, dreary, haunting, suffocating and eerily beautiful.  When most early synths were being utilized to create mindless Euro disco, Bowie and Pop wrestled those same sounds into submission. Only Bowie could have slowed wild Iggy down to this numbing and anomalous pace.

All I have mentioned above has been desecrated on ‘China Girl’ just like the reconstruction of a city. The sounds of industrialism morph into post-modernism. Buzz, drone and clang are all polished – wrestling resilient sonic metal into jewelry.

Sounds that were once filmic and wonderfully warped now resemble a slick and polished band, overtaken by a toy piano. The instruments sound authentic instead of wonderfully strange. Iggy’s ‘China Girl’ almost sounds like the sickening love song that Bowie turned it into years later in 1983. Yet, I must admit that the song is such a masterpiece that it still sounds sublime. However, it is NOT the song I grew up with.

Apparently, the upcoming box set is not remixed, but remastered.

We have yet to hear the results.

I am bracing myself. I can’t imagine how ‘Dum Dum Boys’ will sound. After all, Iggy sings, ‘Where are you now when I need your noise?’ (not ‘…when I need your highly polished and professional music.’). I also shudder to think how the beautifully wonky, smoky and haunting soundscape of ‘Mass Production’ – perhaps my favorite piece of all time – will sound when it is newly renovated for 2020.

As part of the new 7-box CD set with its awful graphic design and lack of new material for collectors (no demos – only single and alternate mixes and some already released live shows) is a remix of Iggy’s next album, Lust For Life. This may actually benefit from a facelift, although I’m sure that the intern they hired to remix this will find a way to piss me off with Lust For Life as well.

Check back for more as it happens…

I have since listened to The Idiot 2020 Remaster. All of my above dramatic rantings and worry have been happily resolved. They have respectfully and tastefully enhanced the sound quality, highlighting the fact that this is basically an electronic album. While there are several real instruments present, the majority of sounds are synthetic. These automated sounds now come to life with more buzz, more sizzle, more hiss, more vibration… This is great, because I Need More!!!

The song that benefits most from this is ‘Funtime’. Now it resembles its inspiration even more;

My favorite part is the wonky section in ‘Mass Production’ where the synth goes, ‘Why-Yo-Why-Yo-Why-Yo’… and the smokestack whistle has never sounded better! So there you have it!

See my original story about Iggy’s album Lust For Life: 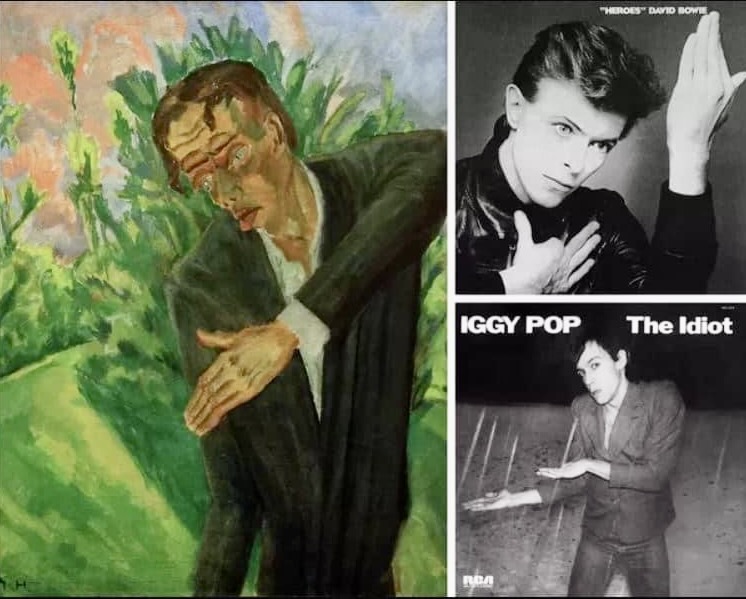 © Madeline Bocaro 2020. No part of the text on this site may be copied, photocopied, reproduced, translated, re-blogged or reduced to any electronic medium or machine-readable form, in whole or in part, without prior written consent. Any reproduction in any form without permission is prohibited. All materials are protected by United States copyright law and may not be reproduced, distributed, transmitted, displayed, published or broadcast without the prior written permission of Madeline Bocaro.

madelinex.com is a non-profit blog created for educational and research purposes. Any content that may violate copyright or free usage laws will be removed immediately upon request.