Let’s go back to the days when we waited at our mailboxes for a good old-fashioned letter! 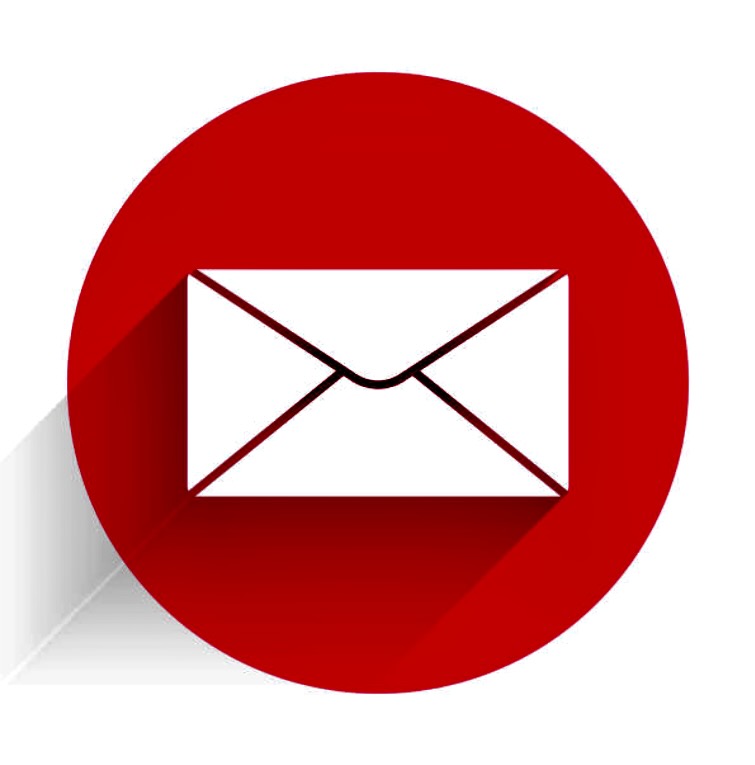 ‘I’m gonna sit Right Down and Write Myself a Letter’ was popularized by Fats Waller in 1935. The song has been covered by many artists over the years, including a rock version in 1957 by Bill Haley & His Comets. A desperate guy writes himself a letter, pretending that it is from his girlfriend. Poor guy.

‘Send Me Some Lovin’ was co-written in 1956 by John Marascalso and Leo Price for Little Richard. It appeared on the B-side of his single ‘Lucille’ (released in 1957). It also appeared on his second album in 1958. A lonely guy is begging his girl to send him a letter, a photograph and some kisses. This has been recorded by many others, including Gene Vincent, Sam Cooke, Otis Redding and by John Lennon on his Rock N’ Roll album in 1975.

Listen – John Lennon:  (‘Bring it on Home/ Send me Some Lovin’) https://www.youtube.com/watch?v=Ugj5fCBBfQU 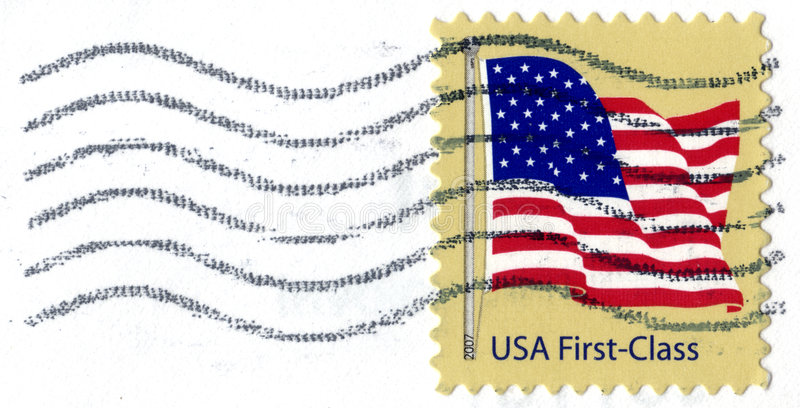 ‘Please Mr. Postman’ was The Marvelettes’ debut single on Tamla Motown. It’s a song about waiting for a letter from a boyfriend (who possibly went off to war). It was a No. 1 hit twice; in 1961 by the Marvelettes and again in 1975 by The Carpenters. The Beatles also covered the song, very faithfully to the original, but reversing the genders.

‘Love Letters’ is a gorgeous tune sung by Ketty Lester (Revoyda Frierson) from Arkansas. This was released in 1962. It is one of the most beautiful songs ever. Billy Preston replicates the sparse gospel piano arrangement (played by Lincoln Mayorga) and the song’s lilting time signature when playing piano on John Lennon’s masterpiece ‘God’ (from John’s first solo album in 1970).

‘Love Letters’ is played at the end of the 2013 documentary Good Ol’ Freda about The Beatles’ Fan Club secretary, Freda Kelly. It also appears in the 1987 David Lynch film Blue Velvet. The songwriters are: Wayne Hector / Peter Lord / Peter Moreland / Vernon Smith / V Jeffrey Smith / Alistair Tennant. The classical pianist Lincoln Mayorga who turned this record into a masterpiece, was also a session musician / arranger who worked with Gloria Jones on her version of ‘Tainted Love’, Frank Zappa, Sam Cooke, and Barbra Streisand, and many others.

Ketty Lester was also an actress. She appeared in the 1972 film Blacula and had a recurring role on Little House on the Prairie as Hester-Sue Terhune.

Listen to this masterpiece! https://www.youtube.com/watch?v=b00bRYZSRew 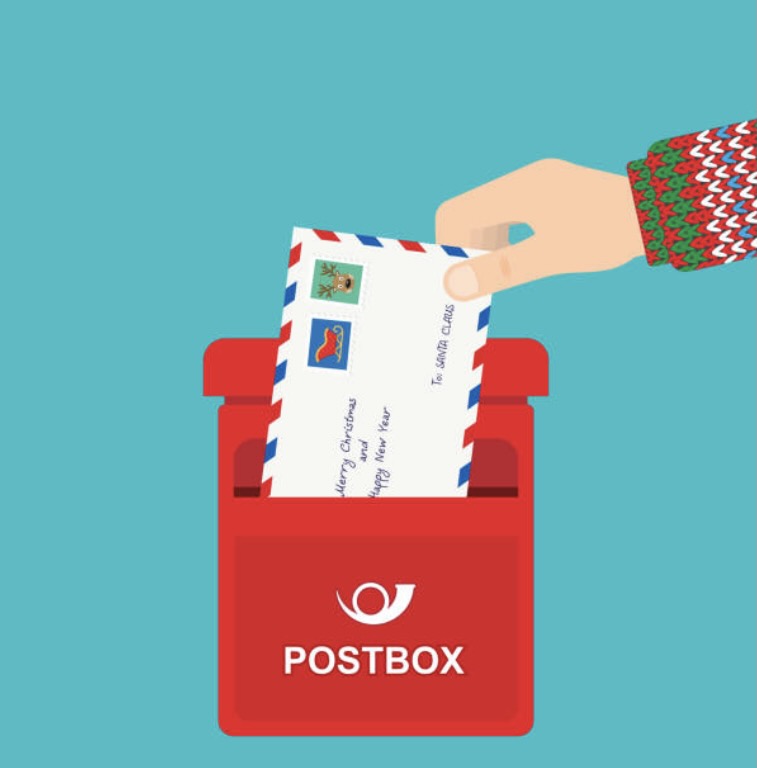 ‘Return To Sender’ was co-written by the great Otis Blackwell and sung by Elvis Presley in the movie Girls! Girls! Girls!. There is no trace of his lover who seems to have absconded. She sends back all of his letters, writing the song’s title on all of them. It hit No. 1 in 1962. 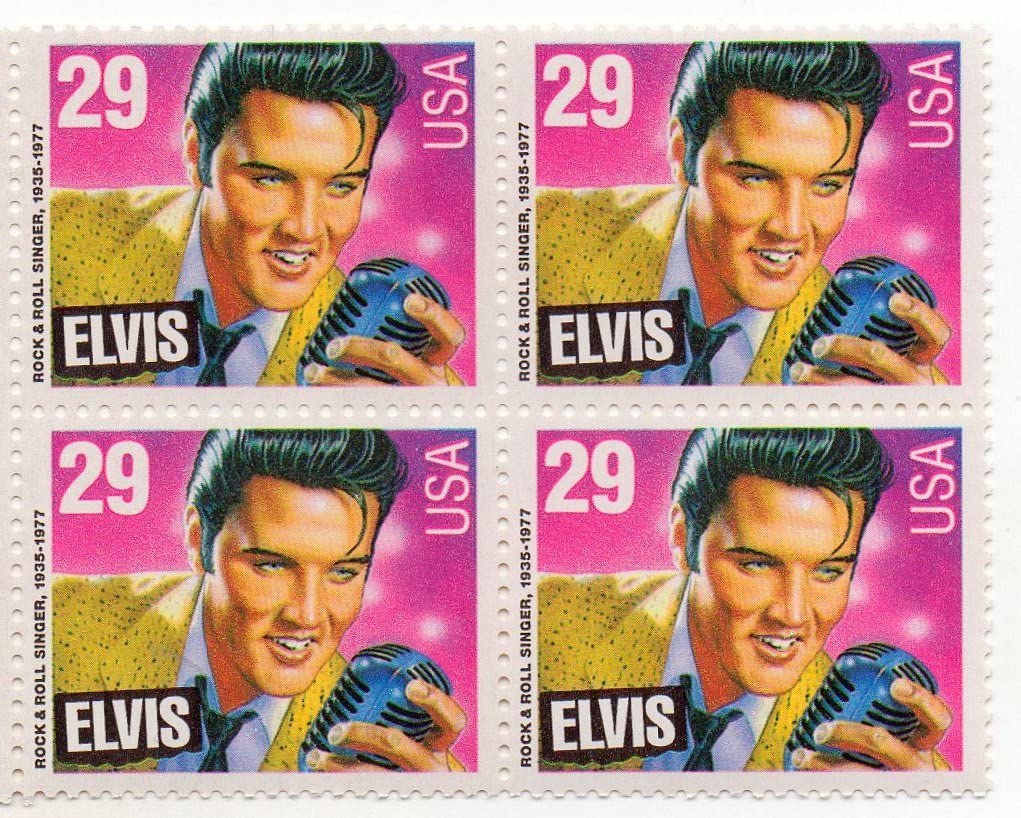 Mail from The Beatles:

‘P.S. I Love You’ is a sweet love letter from The Beatles. This was the B-side of ‘Love Me Do’ in 1962, although it’s a far better song! The song was recorded with session musician Andy White on drums. Ringo played maracas, and soon took the drummer’s seat in the band permanently.

‘From Me to You’ is another Beatles love letter, released in 1963.

Paul McCartney reads a letter that he has sent to a publisher, along with the manuscript for his book in The Beatles song ‘Paperback Writer’ in 1966. He begins with “Dear Sir or Madam, will you read my book? It took me years to write, won’t you take a look.” After insisting upon his manuscript’s importance (the line, “It’s based on a novel by a man named Lear” refers to 1800s British writer Edward Lear, known for his works of  literary nonsense) Paul includes a return address, while explaining, “If you must return it, you can send it here, but I need a break and I wanna be a paperback writer.” 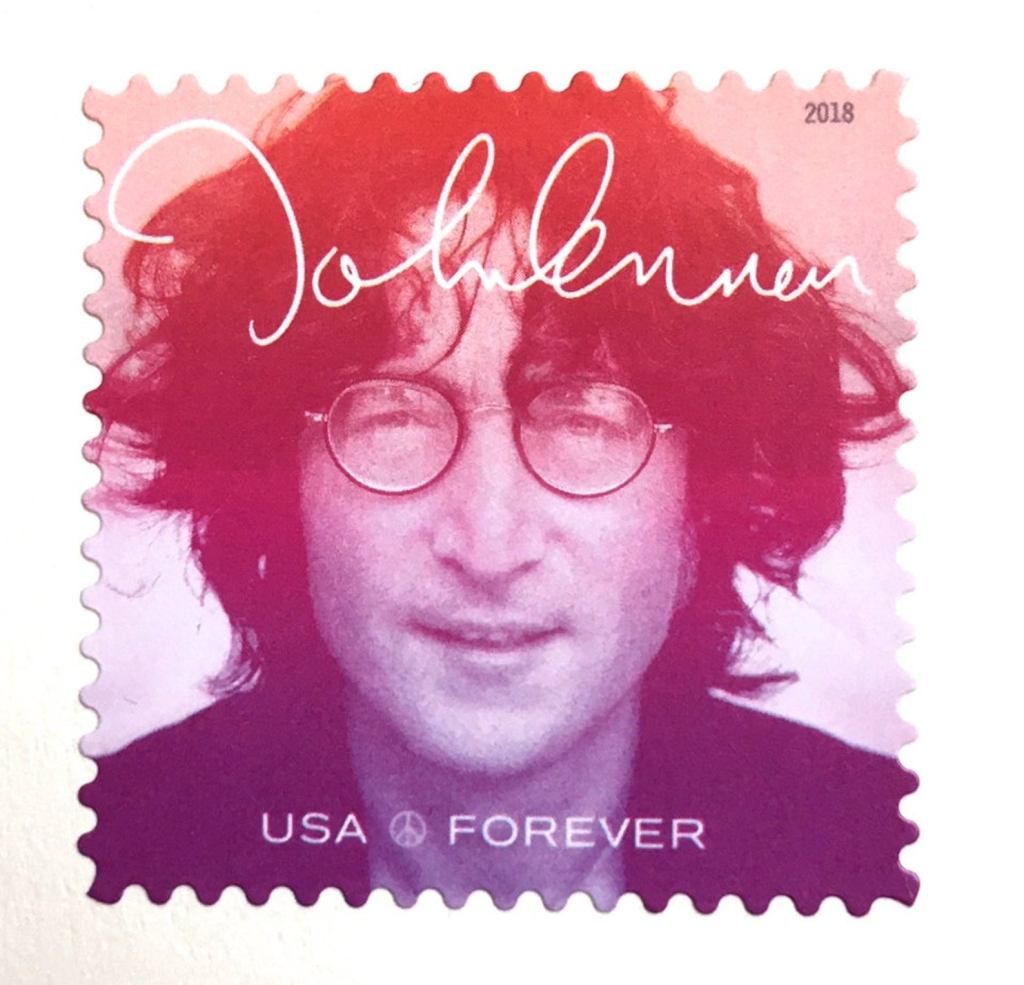 ‘The Letter’ was a hit in 1967 for The Box Tops, the Memphis band featuring Alex Chilton on vocals (later of Big Star). Their other hits include ‘Cry Like a Baby’ and ‘Soul Deep.’

‘Take a Letter Maria’ is a Latin-style tune composed, written and recorded by American soul singer R. B. Greaves in 1969. The song was recorded at the famed Muscle Shoals studio in Alabama. It’s from the narrative of a man lamenting his wife’s cheating. He dictates a letter to his wife to his secretary named Maria, with whom he is now having an affair.

‘Letter to Hermione’ appears on David Bowie’s second album, Space Oddity released in 1970. Bowie sings this delicate acoustic tune to his former girlfriend Hermione Farthingale who had left him to audition for a musical film called Song of Norway which eventually starred Florence Henderson of The Brady Bunch. I love the intimate sound of the production on this entire album. 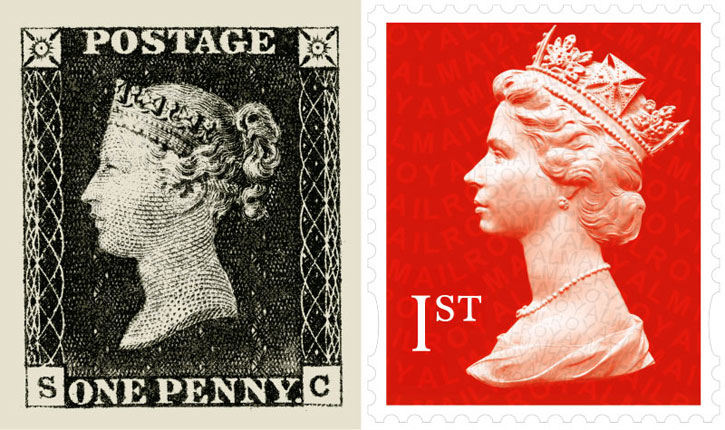 ‘Signed, Sealed, Delivered (I’m Yours)’ was a smashing Motown hit by Stevie Wonder, who was 20 years old in the summer of 1970.  It was the first time that he had produced his own record. This features a cool sitar intro.

‘Rock N’ Roll Love Letter’ was an unsuccessful second single from Tim Moore’s album Behind the Eyes. (Moore played drums in the band featuring Todd Rundgren’s first appearance, Woody’s Truck Stop. Moore was a protégé of Frank Zappa, and a songwriter alongside Daryl Hall in the era of Philadelphia Soul).  A version by Scottish band The Bay City Rollers became a hit in 1976. There were several more cover versions. My favorite is by The Records in 1979. The British pop band had a hit with the jangly tune, ‘Starry Eyes’. They were Rachel Sweet’s backing band on her 1978 tour.

Another cover by The Scratch Band, 1978 – https://youtu.be/mbGwXqF4HSM 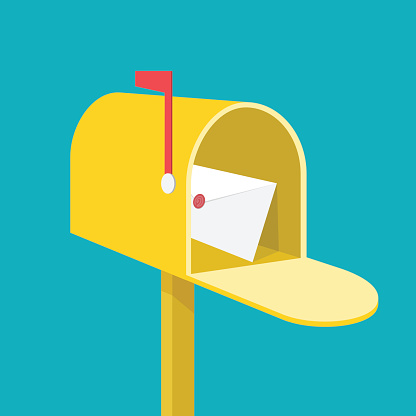 ‘Telegram Sam’ is a song by T. Rex. It’s on the incredible album The Slider released in 1972.  This song about a drug dealer features many colorful characters including Golden Nose Slim, Jungle Faced Jake and Purple Pie Pete. But Telegram Sam is “my main man.” My favorite autobiographical Bolan lyric is,

Me I funk, but I don’t care / I ain’t no square with my corkscrew hair.”

The goth band Bauhaus covered this in 1980.

‘I’ve Gotta Get A Message To You’ was a single by The Bee Gees. It appears on their 1968 album Idea. It was also a single B-side. A convicted criminal cries out to his wife from the electric chair, in his final hour. He has killed her lover and wants to apologize. I wonder if she forgave him.

Another Bee-Gees tune is written the style of an imaginary letter that could not be executed. ‘New York Mining Disaster 1941,’ the debut American single. The lyrics tell  the story of a miner trapped in a cave-in. His words,

In the event of something happening to me,
There is something I would like you all to see.
It’s just a photograph of someone that I knew.

Have you seen my wife, Mr. Jones?
Do you know what it’s like on the outside?
Don’t go talking too loud, you’ll cause a landslide, Mr. Jones.

Watch ‘I’ve Gotta Get a Message To You’ video: https://www.youtube.com/watch?v=KYkrW7YpRpg

‘The Wicked Messenger’ is a killer track by Bob Dylan on his album John Wesley Harding from late 1967. This is yet another Dylan song with many Biblical references. The people confront the messenger and soften him with THEIR message, “If you cannot bring good news, then don’t bring any.”

Debbie Harry sings of divine messages in ‘(I am Always Touched by Your ) Presence, Dear.’ This Blondie song is on their second album, Plastic Letters released in 1978. The song was written by their original bassist Gary Valentine who was replaced by Frank Infante. Gary claims that the telepathic lyrics are true, based on his relationship with a girlfriend. 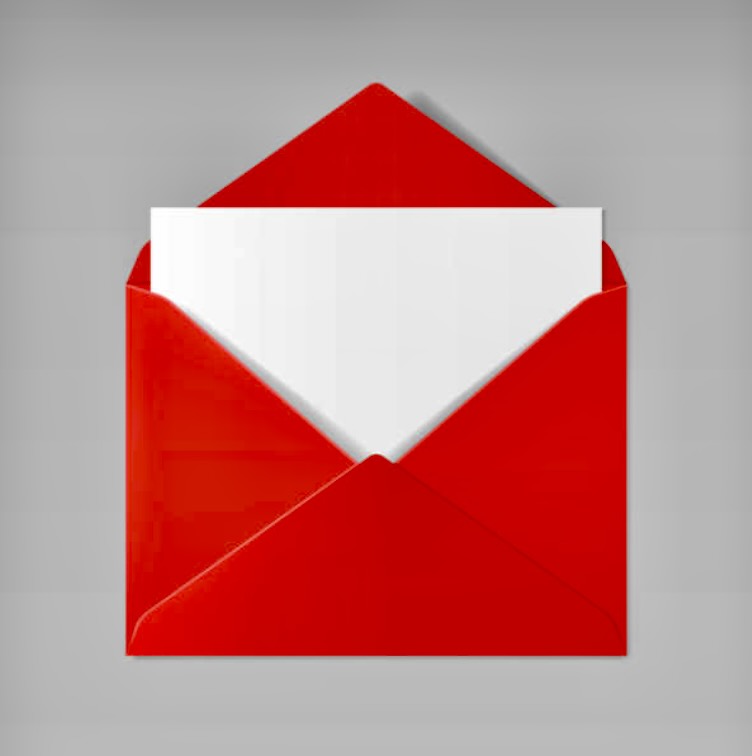 The Police recorded ‘Message in a Bottle’ for their second album Regatta de Blanc in 1979. The song was written by Sting. The lonely sender of the message in a bottle later finds billions of bottles on the shore, realizing that he is not the only lonely one.

‘The Message’ by Grandmaster Flash and the Furious Five was an early hip-hop single, released by Sugar Hill Records in the summer of 1982. This took hip-hop music out of the party and into the streets, with more serious messages. ‘The Message’ is a sad story of a ghetto-born child swept up into a life of crime, and then commits suicide in jail.  It has been sampled in many other tracks over the decades.

My favorite ‘letter’ song of all time is ‘Fan Mail’ by The Dickies released in 1980 on their second album Dawn of the Dickies, released in 1979. This sums up my teenage years, writing to the fan clubs of all the bands I loved. I grew up to become a Fan Club president myself – for Sparks!

To whom this may concern

so many things I wanna know

please send me everything

cuz I am interested in you and everything you do

I find myself at all your shows

could you tell me where you buy your clothes

put your signature any place

and please send me a bio

Cuz we’ve got fan mail – we really really read it

I sent you my letter now I want a reply

with my Fan Mail

So I would like to know just if and when

you’ll be in town again

so that I could meet with you

and brag at my friends at school

have you been all around the world

have you seen every kind of girl

or are you from the other side

cause you – you can’t believe everything that you read

with the hypocrisy and the greed

the papers all the things that they say

they don’t tell me anything anyway

that’s why I’ve gotta get it straight from you

My Fan mail (Oohs and Aahs)

What’s this I find to my surprise

those fans that I idolized

no longer seem to exist

now tell me what can be the cause of this

perhaps it could be their egos

I tell you heaven only knows

I didn’t even get a newsletter

Send it out to me

Memphis Slim I Can’t Get No Mail

My story about the Sparks Fan Club newsletter: