‘You Can’t Put Your Arms Around a Memory’

Let’s all put our arms around Johnny’s memory… 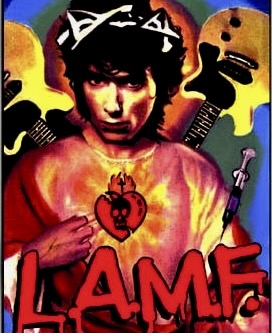 Ralph: You can’t put your arms around a memory.

Alice:  I can’t even put my arms around you!

This classic, infamous bit of dialogue between Ralph and Alice Kramden (on the highly popular 1950s television show The Honeymooners) became stuck in the mind of young Johnny Thunders, as well as many of us kids growing up. It was from the episode in which the Kramdens get a television set, titled Better Living Through TV.

The line wasn’t meant to be musical – it was a joke about Ralph Kramden’s girth! (However, Ralph and Norton were quite musical doing the Hucklebuck,’ dancing to ‘Ragmop,’ doing the mambo, and let’s not forget Norton’s piano version of ‘Swanee River.’)

It was a hilarious line on the television show, but now – with all the losses that we have had in our lives, and in the music world – these bittersweet words mean so much more. We all feel an emptiness where there once was a hug.

Johnny wrote the song ‘You Can’t Put Your Arms Around a Memory’ before he joined the New York Dolls, and before he ever started taking hard drugs. It was a ballad about loneliness… Soon after he was born, Johnny’s father abandoned his family and never returned. This was the root of his despair and longing.

It was released in 1978 on Johnny’s first post-Heartbreakers/pre-Gang War solo album So Alone. Musicians on the album included Johnny on guitar and vocals, Sex Pistols drummer Paul Cook, and their guitarist Steve Jones, Walter Lure on guitar, Billy Rath on bass and many others. Peter Perrett from The Only Ones played guitar and backing vocals on this track.

The song and lyrics became a lot more poignant after Johnny’s mysterious death in New Orleans in 1991.

The late, great Ronnie Spector (whom we lost in January 2022 from cancer) did a gorgeous cover of Johnny’s song on her album The Last of the Rock Stars, released in 2006. Joey Ramone joined her on the track. Ronnie was the original punk girl. She befriended and hung out with The Ramones, DGeneration and many other New York City punks in the 1990s. Blondie has frequently covered the song, as well as Guns N’ Roses and Green Day.

It’s amazing that Johnny had nine lives and lived as long as he did, but when he died in April, 1991 at age 38 it was still a tragic shock. I attended Johnny’s wake, and he looked so beautiful lying there, like a porcelain Japanese doll with his spiked jet-black hair. His face looked flawless, angelic…serene. Sure, they had to put lots of makeup on him to hide the scars (and he was damned proud of those scars – he rocked hard for them)!

The multitude of guitar-shaped floral arrangements, banners which read, “You Can’t Put Your Arms Around A Memory”, and Aerosmith’s Steven Tyler crying with his head in his hands sobbing, “This could have been me!” were poignant reminders of what a waste this really was, and how sad. Poor Johnny survived New York City and London, but met his fate in New Orleans. Heartbreaker.

Our idols are all still with us, deep in our minds. We can wrap our memories in dreams, play the records and see them all come alive.

Oh, can’t you hear me callin’
I’m a thousand miles away
And I don’t want to stay
I’m thinkin’ words I gotta say… 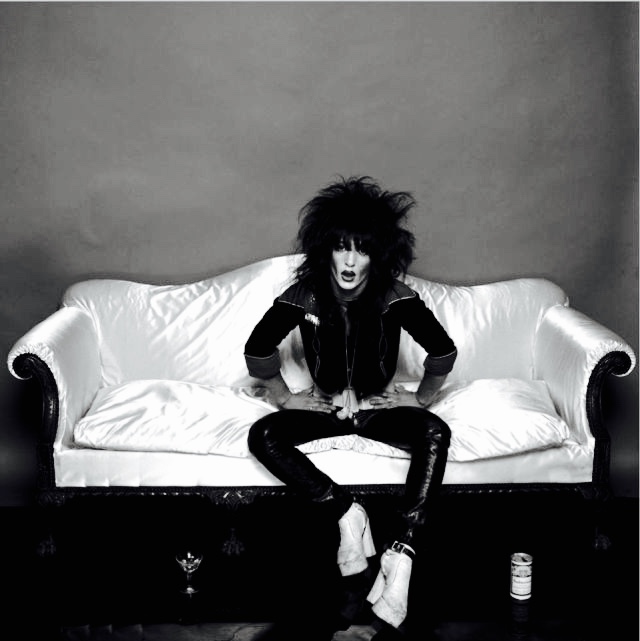 ‘You Can’t Put Your Arms Around a Memory’

It doesn’t pay to try,
All the smart boys know why,
It doesn’t mean I didn’t try,
I just never know why.
Feel so cold and all alone,
Cause baby, you’re not at home.
And when I’m home
Big deal, I’m still alone

Feel so restless, I am,
Beat my head against a pole
Try to knock some sense
Down in my bones
And even though they don’t show
The scars aren’t so old
And when they go
They let you know

And even though they don’t show
They scars aren’t so old
And when they go
They let you know, OK 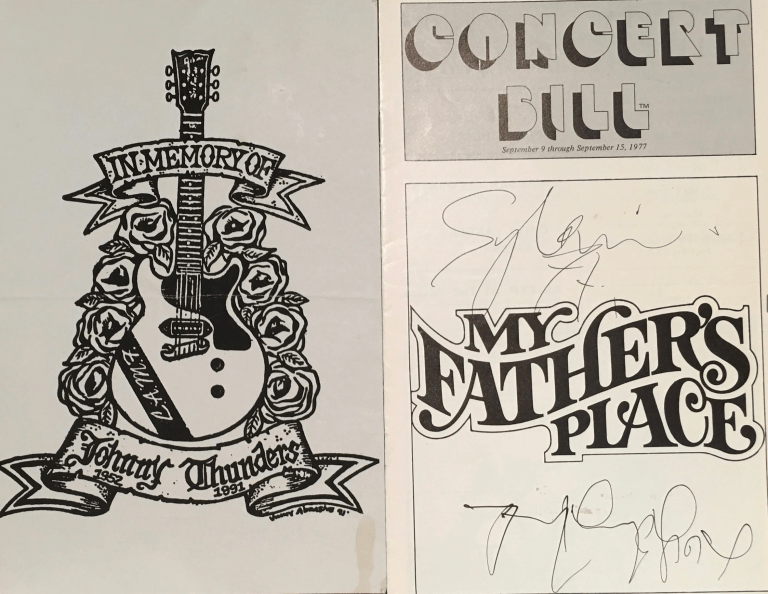 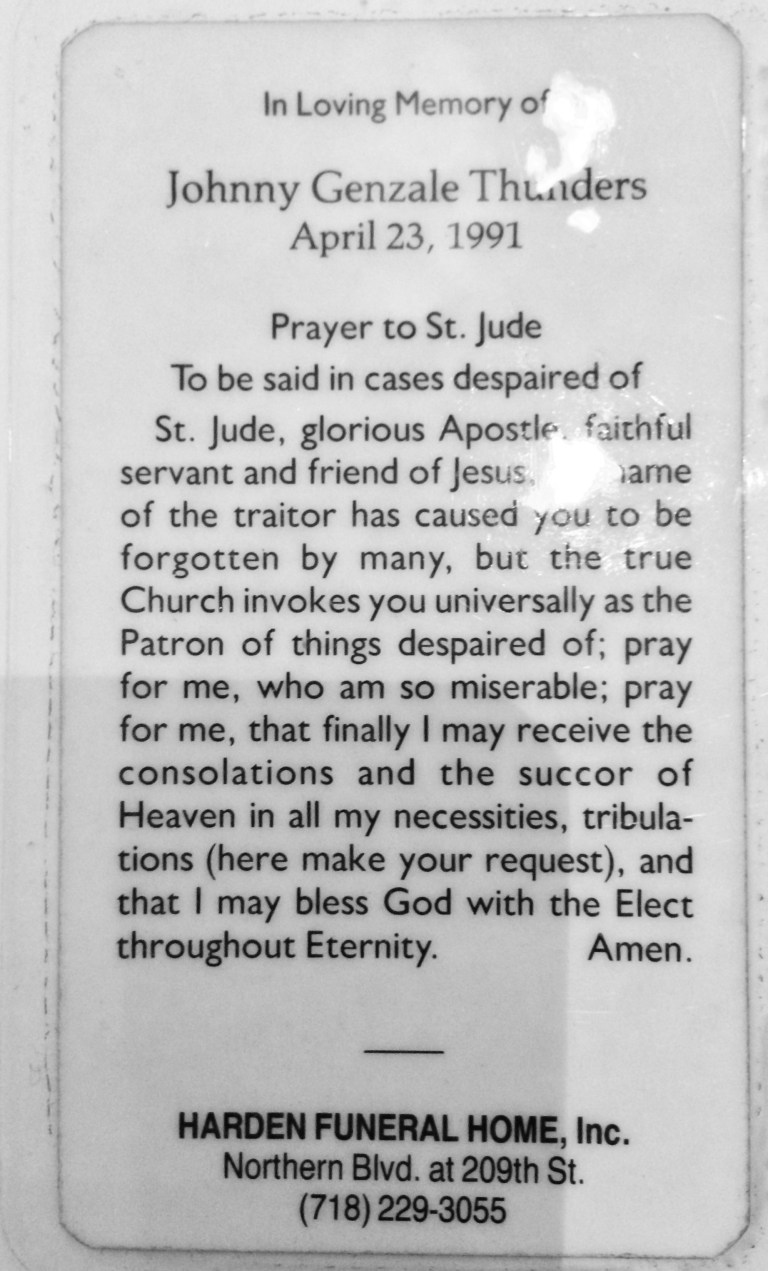 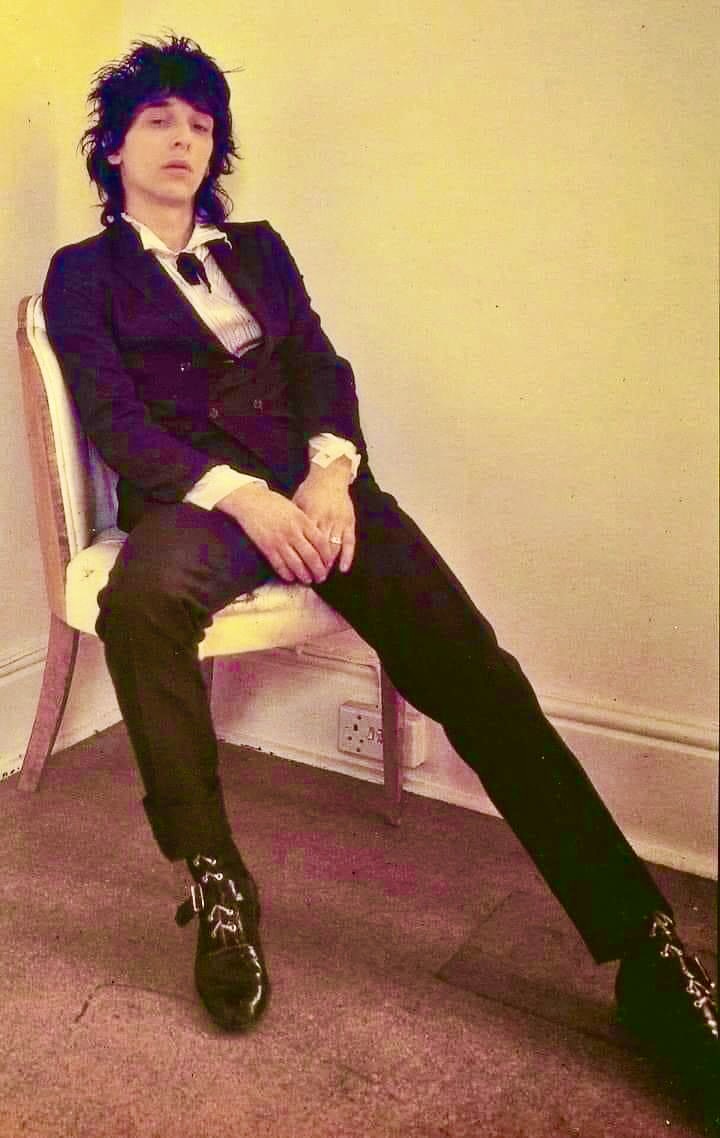 © Madeline Bocaro 2022. No part of this text may be copied, photocopied, reproduced, translated, re-blogged or reduced to any electronic medium or machine-readable form, in whole or in part, without prior written consent. Any other reproduction in any form without permission is prohibited. All of the text written by Madeline Bocaro on this site is protected by United States copyright law and may not be reproduced, distributed, transmitted, displayed, published or broadcast without prior written permission.

6 thoughts on “A MEMORY”