IGGY / THE CRAMPS @ The Palladium, NYC

From my concert diary:

My pal Lori’s band The Student Teachers were the opening act!

Iggy was NUTS! He played songs from Soldier and some Stooges stuff. So GREAT. Elliot took a Quaalude and was spaced out. Ha – and Mom thinks I am safe in the city with him. Went to Christopher Street after and there was a trans parade! Our favorite was a ‘lady’ dragging a doll by the hair, yelling at it, and throwing it in front of cars (Mommie Dearest). All the ‘girls’ looked amazing!

Great costumes in the city! One nut was being driven around in a limo, waving out the top dressed as the Pope! There were groups dressed as the Village People. Me & Elliot went to Club 57 (Irving Plaza) – they were showing the best clips of monster movies & everyone was screaming and making shadow puppets on the screen with their hands. The Misfits played ‘Teenagers from Space’ and ‘Rat Fink’. Hundreds of orange balloons came down with Night of the Living Dead buttons attached to them Left there at 2:30 am and went to Roseland for the Rocky Horror party. 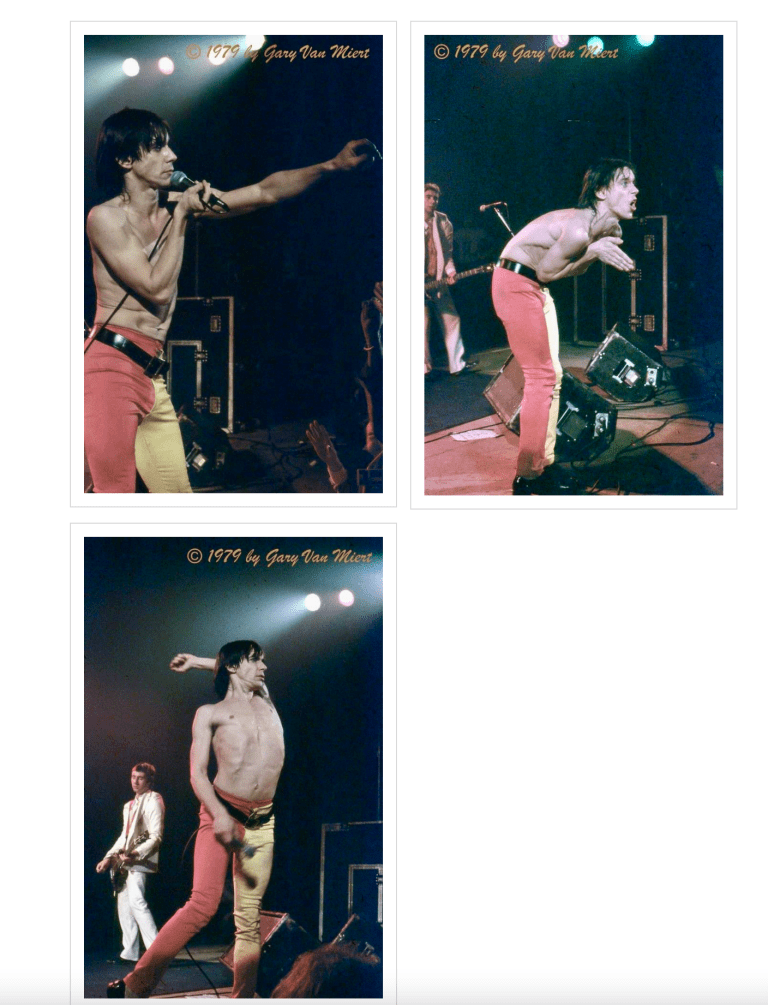 The Cramps were amazing, as usual!! Bryan Gregory was ½ man, ½ pony – he even had hooves! (I later learned that he was replicating Nijinsky’s costume from Afternoon of a Faun). Ivy had rubber snakes in her hair and Lux was insane.

Hooded men in long brown robes preceded the band onstage, waving lanterns of incense in total darkness, enveloping the whole stage in smoke and releasing live mice or rats???!!! Lux cradled a rat in his hand and he sang to it! I think it was dead, and therefore could not appreciate Lux’s serenade!

I recently heard from someone who said that Bryan got dressed at his apartment for this gig! He glued the fur directly onto his lower body using Elmer’s glue – wearing no underwear or anything else. The hot lights onstage melted the glue, and the movement of his guitar pushed the fur down his legs, leaving him practically naked as the set went on. Nobody minded, and neither did he. His playing on ‘Lonesome Town’ that night was astounding. 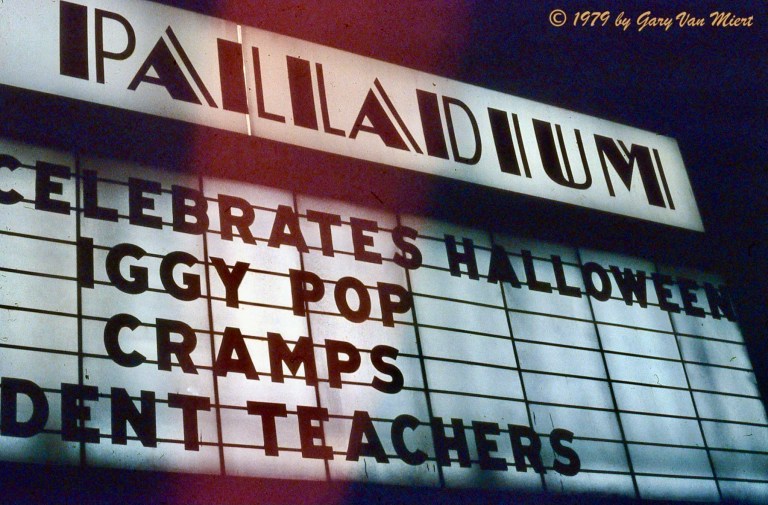 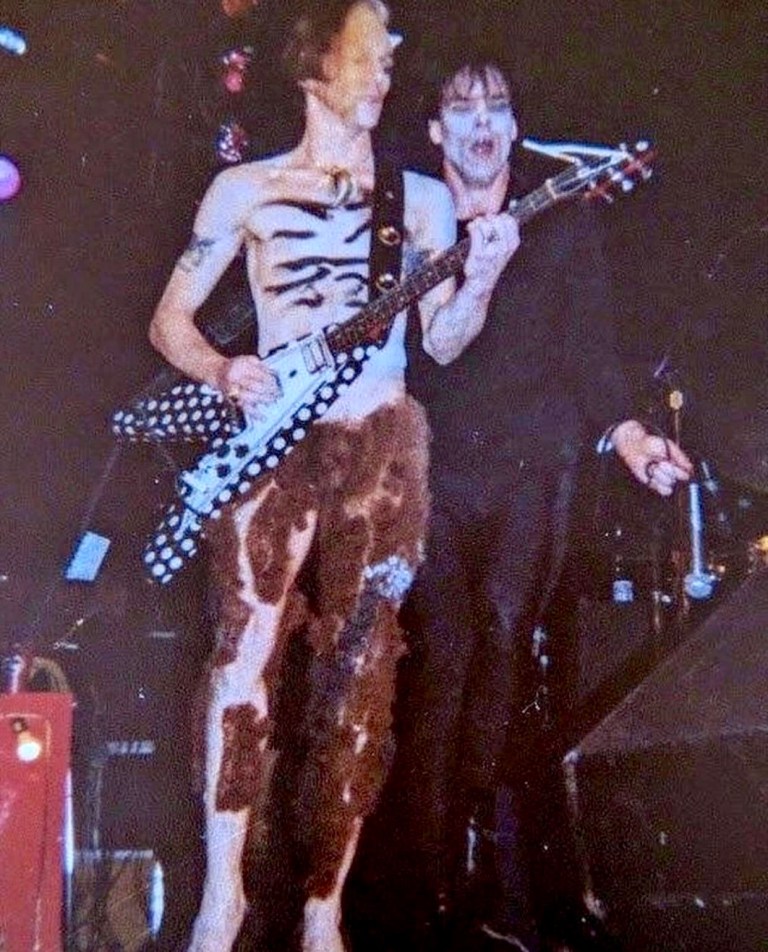 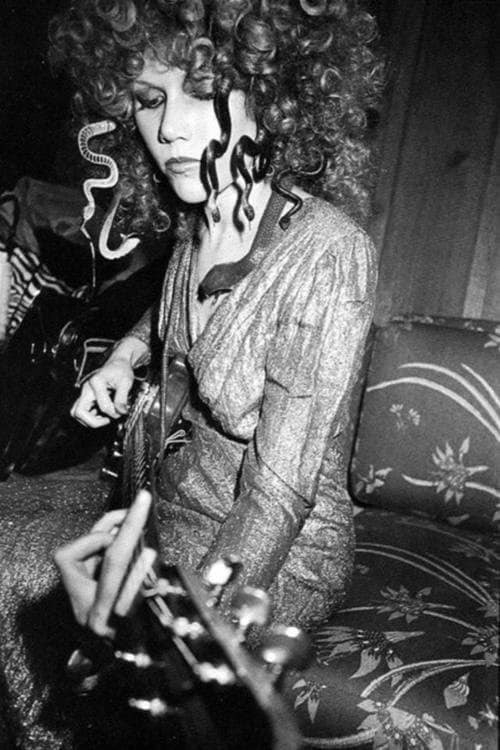 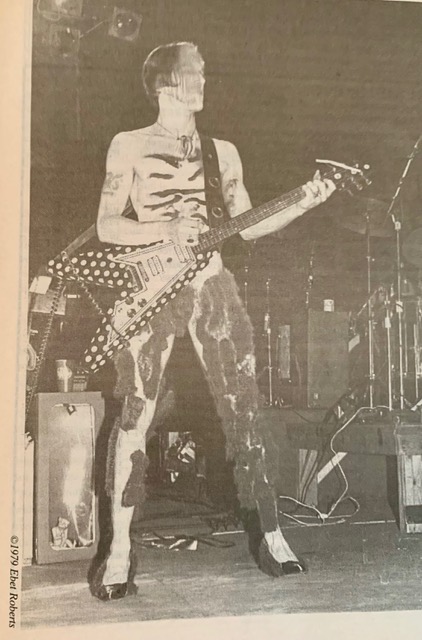 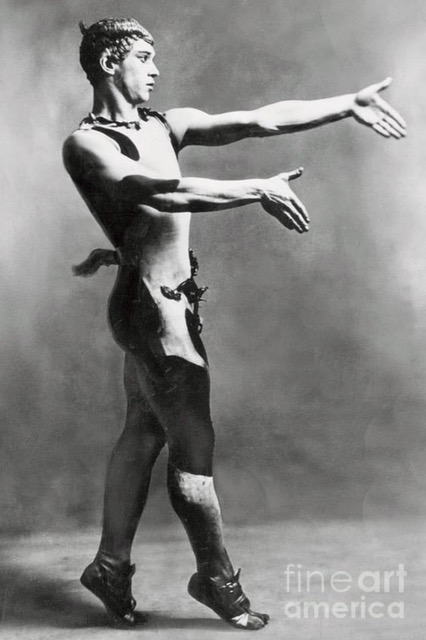 Also see my review of another amazing Halloween concert in 1977 :