Although the Stones began recording their twelfth studio album in late 1973 at Musicland Studios in Munich, It’s Only Rock ‘n Roll’ was released in October 1974 – just before guitarist Mick Taylor left the band. It was their follow-up to Goat’s Head Soup, produced by Jagger/Richards.

If I could stick a knife in my heart
Suicide right on stage
Would it be enough for your teenage lust
Would it help to ease the pain?
Ease your brain? 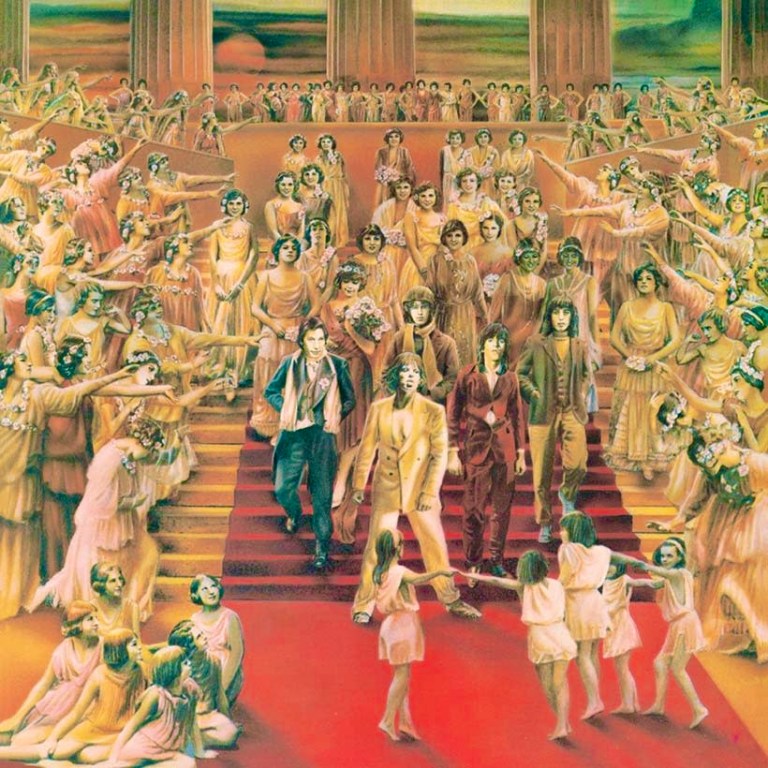 The album cover art was done by Guy Peellaert who published a book of his paintings of rock stars titled Rock Dreams (David Bowie secretly nabbed the artist to create his own 1974 Diamond Dogs album cover, after Mick Jagger (regrettably) showed him Peellaert’s art for the Stones album.

(When I first heard on the radio that Bowie appears as half/dog, half/man on his new album cover, I screamed and ran out of math class, sprinting directly to the record shop. The stunning picture did not disappoint!)

The Stones’ cover art was inspired by the famous 1896 painting by the French artist Gervex, The Coronation of Nicholas II. The band, in the same color palette are surrounded and feted by beautiful Grecian maidens. 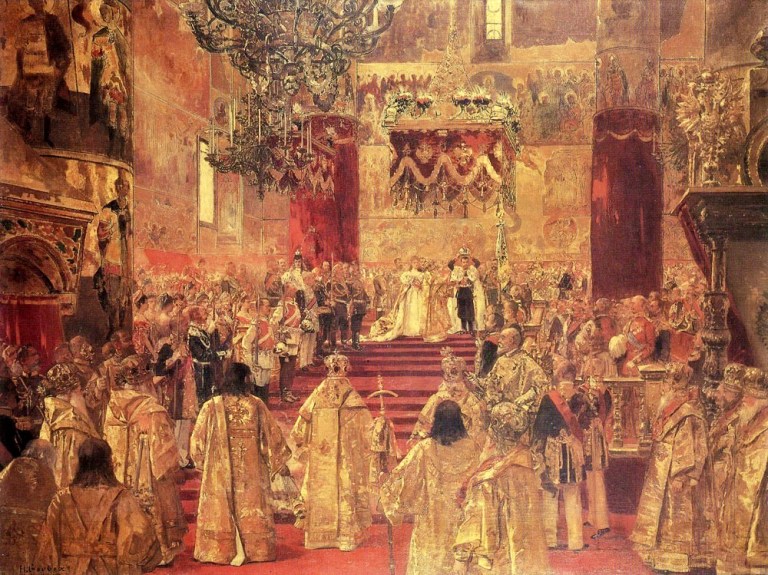 Peellaert’s cover painting also resembles the photo below, depicting Hitler and his troops descending a Nuremberg staircase surrounded by his minions. Jagger felt the need to pal around with Hitler’s cinematographer Leni Riefenstahl, director of the iconic Nazi propaganda film Triumph of the Will. (Her memoir published in 1995 is among the most fascinating life stories that I’ve ever read). 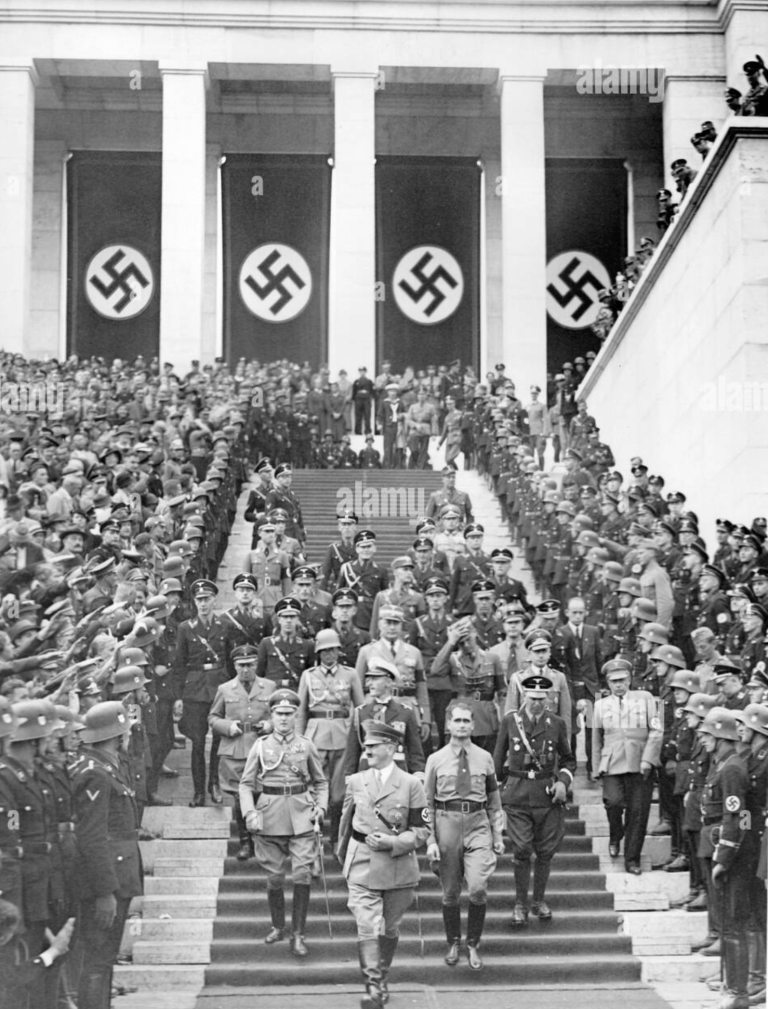 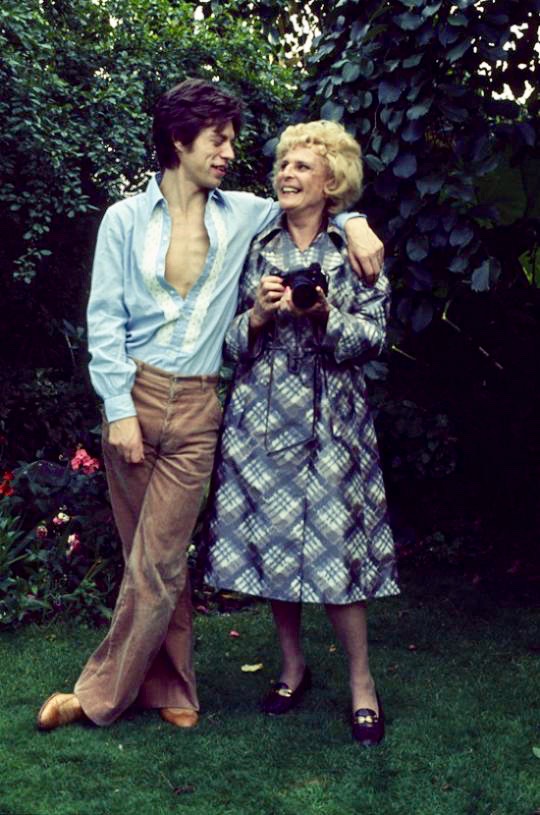 The title track, ‘It’s Only Rock ‘n Roll (But I Like It)’ is allegedly Jagger’s response to his wife Bianca, who suggested that he work and communicate in some other, more respectable medium. This song was recorded with members of Faces (including Ron Wood who would replace Taylor in the Stones). David Bowie can also be heard on an early recording of the song. It was released as a single in July ’74 with a non-LP B-side, ‘Through the Lonely Nights.’

Promo films for ‘Till the Next Goodbye’, ‘Ain’t Too Proud to Beg’ (the only cover song on the album) and ’It’s Only Rock ‘n Roll’ were shown on late night American television shows.I love the video with the band drowning in soap bubbles!

The Stones refrained from using horns on this record, but instead there is some cowbell on ‘Ain’t Too Proud to Beg’!

‘Dance Little Sister’ is a great rocker that was relegated to the B-side of the second single, ‘Ain’t Too Proud to Beg’ only in the USA. ‘If You Can’t Rock Me’ is the third sublime rock track on the album. ‘Luxury’ delves into reggae.

The beautiful ballad ‘Till the Next Goodbye’ is one of my favorite Stones songs. There is a bit of levity in the hilarious way Mick pronounces ‘elderberry waaaaahhhhne’ like a country bumpkin! This goes alongside the poetically romantic lines about a meeting a lover at a seedy New York City movie house on a magical wintery night…

The dreamy scene reminds me of the song ‘Winter’ on their previous album Goat’s Head Soup,

‘Till the Next Goodbye’ official promo. 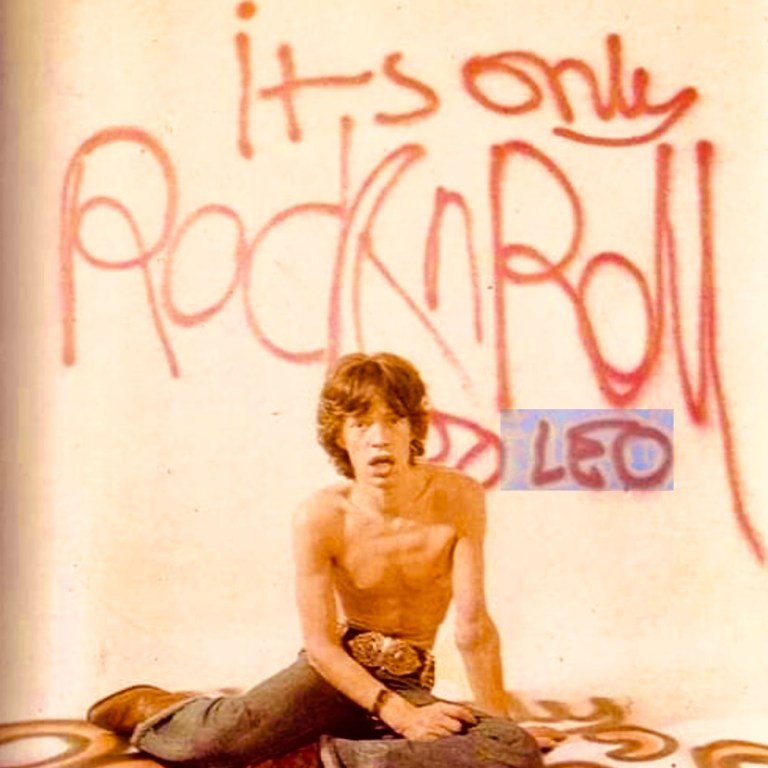 The album’s other stunning ballads, ‘If You Really Want to Be My Friend’ and ‘Time Waits For No One’ feature some gorgeous guitar work by Taylor, who alleges that he was denied writing credit for these songs and some others. ‘Short and Curlies’ and ‘Figerprint File’ showcase Taylor for the last time. 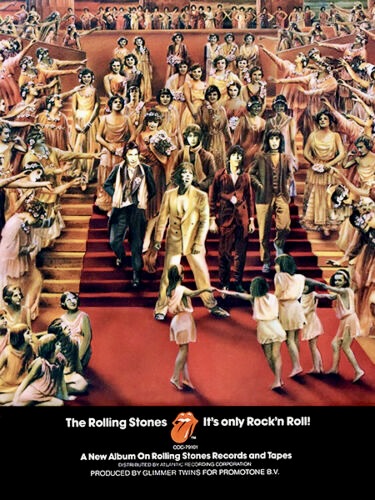 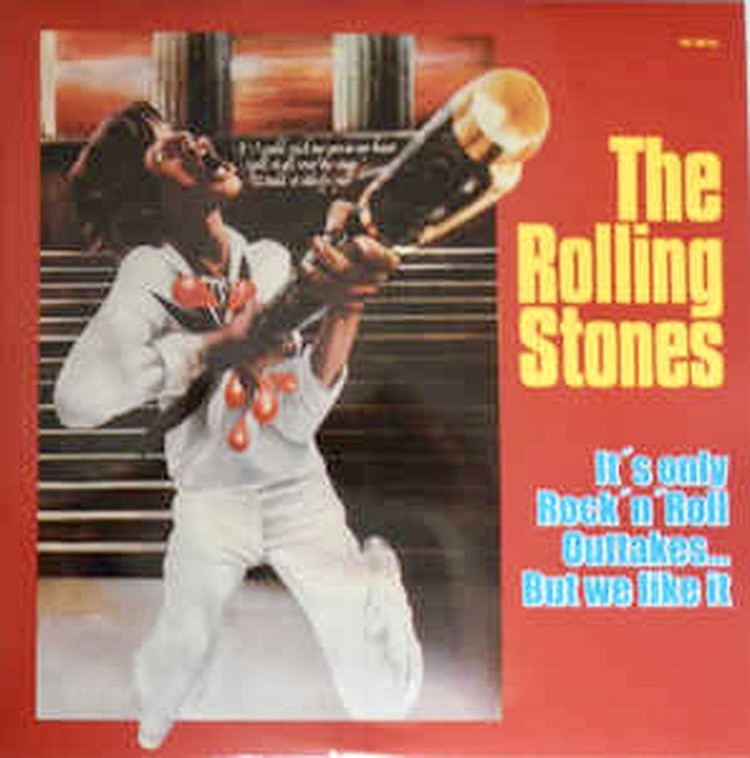 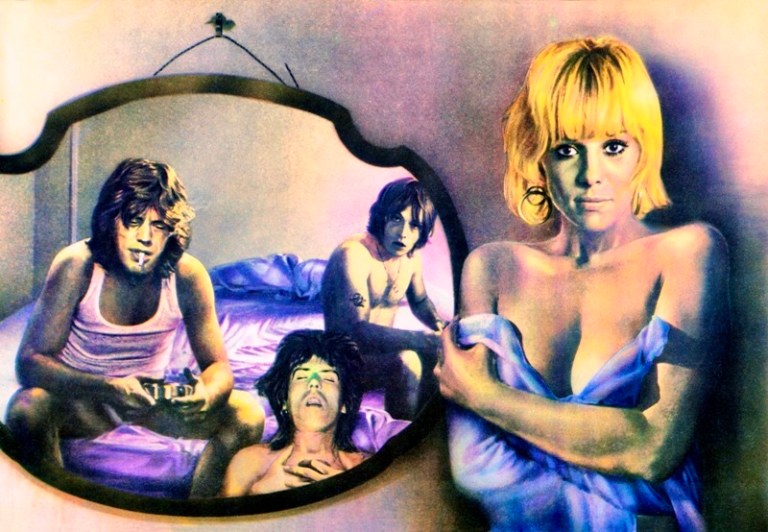 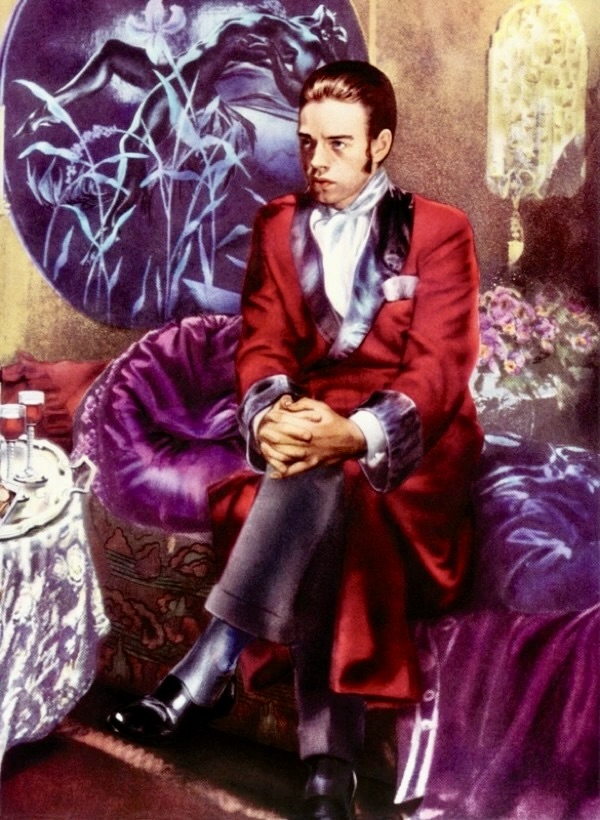 madelinex.com is created for educational and research purposes.