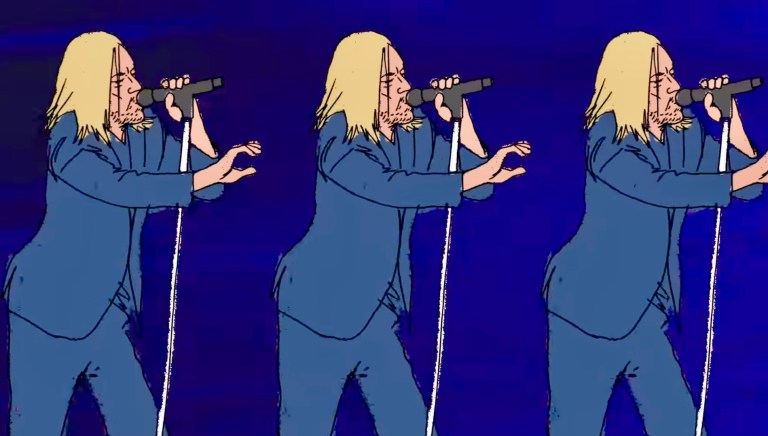 ‘Strung Out Johnny’ is the second pre-release single from Iggy’s upcoming album, Every Loser (January 6, 2023). This is a flashback to the great Iggy songs on his solo records, New Values and Lust for Life, from a much more MODERN GUY with updated equipment and technology! There is a nostalgic vintage-style synth playing the counter-melody, with a Killers vibe and a riff loosely based upon Nirvana’s ‘Come as You Are.’ The musicianship is stellar and the song is yet another Pop masterpiece, following the first insane single ‘Frenzy.’

MY STORY about ‘Frenzy’: 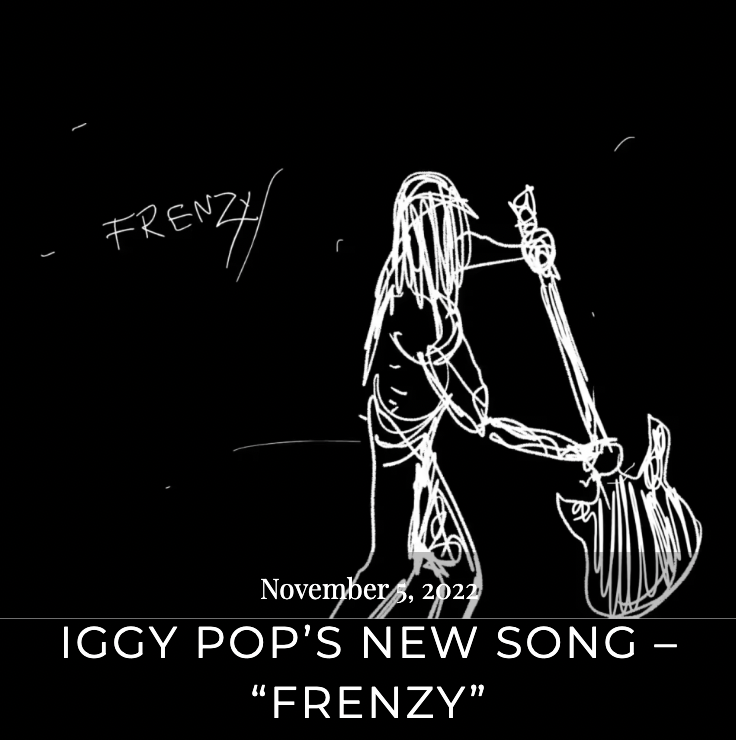 Iggy is now staring at me from Mick Rock’s infamous photo of Bowie, Iggy and Lou Reed in London, 1972. His obnoxious smile is saying,

“I’ve outlived everybody, AND I have a new album coming out!”

In ‘Strung Out Johnny,’ 75-year-old Iggy (hopefully) reminisces about his days as a junkie. His memories are crystal clear. The track opens with him trying to score. He is not waiting for the man – he’s knocking on the dealer’s door. Iggy is such a terror, that the dealer is hiding from him!

Hey man, I see you
Open up, okay
Get out of here, Iggy
Come on now, fix me up!

There is a parallel to love being so compulsive, like a drug. The lyrical ambiance is similar to Iggy’s 1977 song ‘Turn Blue’ (“Mama, I shot myself up/down…”)

Iggy is throwing around over-ripe/rotting fruit, with some extreme close-ups of his over-ripe body. A couple of clips from the ‘Home’ video are inserted. The funniest part is that most of it is filmed in a convenience store, and I love the ending when he lies on top of the ice cream bin! It’s hilarious because I ALWAYS look in the ice cream bin – and there’s always that same old typical Good Humor ice cream! I never buy it. The frame where he’s lying down naked and twitching, surrounded by rotting fruit is priceless – especially because the bananas on his crotch are perfect and in their prime. Sending a message about his virility, as usual! I am so in love with this crazy person!

Tour dates have been announced for Iggy and The Losers. Perfect.

HAPPY NEW YEAR TO ME – FROM IGGY!

Every Loser was made with Andrew Watt for his Gold Tooth label (a Grammy winner who has worked with Ozzy Osbourne, Justin Bieber, Elton John/Britney Spears, Ed Sheeran and more), Chad Smith and the late Taylor Hawkins of Red Hot Chili Peppers, the unmistakable bass of Duff McKagan of Guns N’ Roses and Josh Klinghoffer.

Hey man, I see you
Open up, okay
Get out of here, Iggy
Come on now, fix me up

All fucked up
You’re strung out Johnny