Whether you’re doing the Jitterbug or stomping on cockroaches,

here are some tunes for you! 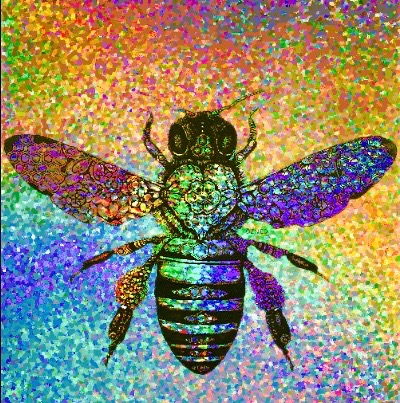 The first bug song that comes to my mind is ‘La Cucaracha’. The origins of the song can’t be traced to an exact date. There have been countless performances by popular artist such as Louis Armstrong, Liberace, and Bill Haley & His Comets. There are many different versions of lyrics written before and after the Mexican revolution, but the most popular verse is:

Because it doesn’t have, because it’s lacking marijuana to smoke.

Here’s a great version by the Gipsy Kings:

Now that marijuana has been legalized in some states, the cockroaches should be happy!

‘The Jitterbug’ is a song that was edited out of the film The Wizard of Oz. All that exists is a really cool scene of the movie’s characters doing the dance. It was filmed on a hand-held camera by the composer Harold Arlen who wrote all of all the songs in the movie. The audio is included on Rhino’s deluxe reissue of the soundtrack.

‘Inchworm’ is performed by Danny Kaye in the film Hans Christian Andersen in 1952. Many kids learned to add from the ‘Arithmetic’ table recited in the counter melody while an inchworm is measuring the marigolds. The scene in the film reminds me of how I always wished I was outside in nature instead of in a classroom! It has been covered by many artists including Mary Hopkin, Paul McCartney Doris Day… an instrumental version was done by John Coltrane.

My favorite Buddy Holly & The Crickets recording is the rockabilly ‘Rave On!’ It was written and recorded by Sonny West and his colleagues, and released in 1958. The Crickets had a big hit with the song the same year. In the early days of buggy group names, The Beatles riffed their name on The Crickets – with a twist on the spelling of Beetles.

‘High Hopes’ was an uplifting tune about an industrious and persevering ant. Sung by Frank Sinatra, it was released as a 1959 single from the film A Hole in the Head. Frank does it as a duet with a kid in the move. A remake was made in 1961 with a chorus of kids. I could live without the kids on both versions.

Anyone knows an ant can’t / more a rubber tree plant

But he’s got high hopes!

‘The Bug’ by Jerry Dallman and The Knightcaps (1958) was given another spin in the John Waters film Hairspray in 1988 in which Divine is divine as the mom, and Debbie Harry wears an exploding wig!

On the cusp of psychedelia and at the dawn of Heavy Metal came Iron Butterfly with the 17-minute track ‘Inna Gadda Da Vida’ – a drunken slur of its former title, ‘In the Garden of Eden’. I am not suggesting that this epic needs any more airplay than it has already gotten, but here it is – only because of the insect in the band’s name… This is every DJ’s favorite bathroom break song.

The debut album from Blondie included ‘Attack of the Giant Ants’. This Marimba, interspersed with Debbie Harry’s gorgeous ‘La la las’ has a Sci-Fi soundtrack in the middle – perfect for the scene where ginormous anarchic ants from space battle Godzilla and decimate Tokyo. I wish this film existed! The song ends in a piano lounge. In a 2020 interview, Debbie mentioned that this is one of her favorite Blondie songs!

Then they eat your face / never leave a trace

They shoot fire all around / Tokyo burns down

Everybody drowns / The moon falls on the ground

Soldiers shoot all day and then they run away

The world is holocaust /Everything is lost

Mankind is destroyed. /Sprinkled in the void

Then they eat your face, never leave a trace

‘Antmusic’ is the theme song of the band Adam and the Ants. Unhappy with the late 1970s music scene, Adam Ant created his own tribal call-to-arms – a sound influenced by the Burundi beat. This is on their second album Kings of the Wild Frontier (the No. 1 selling U.K. album of 1981) which caused Ant-mania in the U.K. and in America where legions of his fans (also considered ‘ants’) banded together and dressed in the garb of glam warriors. 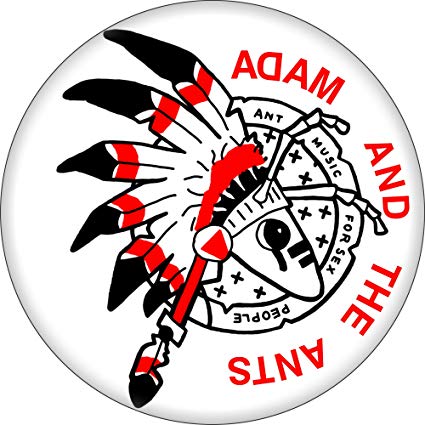 ‘Loco Mosquito’ is on the Soldier album by Iggy Pop, recorded in 1979. The crazy insect description fits Iggy perfectly! Especially when he is buzzing around onstage! There’s a nod to Cab Calloway in the “Hidey hidey hos!” Iggy also quotes the nursery rhyme ‘Rubber Dolly’ – a million seller released by the Light Crust Doughboys in the 1930s.

My mother told me / if I was goodie

That she would buy me / a rubber dolly

Shirley Ellis also references this rhyme in ‘The Clapping Song’ (by the same folks who brought us ‘The Name Game’.) Woody Guthrie also quotes the mid-1930s children’s song in ‘Rubber Dolly’. The song ‘Rubber Dolly’ is also on a compilation album called Muleskinner Blues – The Asch Recordings Vol. 2. In April 1983, Iggy recorded a tune called ‘Old Mule Skinner’ amongst two other songs produced by Ric Ocasek of The Cars which were not officially released.

Surf’s up! Insect Surfers formed in Washington D.C. in 1979. I like ‘Psychotronic’ a 2008 instrumental that reminds me of The Muensters theme song. It was composed by Dave Arnson modifying the riff from The Stooges’ ‘T.V. Eye’ and a Jewish folk song called ‘Zum Gali Gali’. It also has samples from ‘Plan 9 From Outer Space’ and ‘Manster’. (Thanks Dave!)

The Cramps song ‘Bad Ass Bug’ is on their 12th album Big Beat from Badsville released in 1997.

The popular description of Muhammad Ali, “Flies like a butterfly stings like a bee” is manipulated as “Because she floats like a bee but she sting like a butterfly” in ‘She’s So Fine’ by The Strypes. This ridiculously talented young Irish rock and blues band was championed by Jeff Beck, Paul Weller, Roger Daltrey and Noel Gallagher. They only released one EP and three albums from 2011-2018 before their breakup. Watch for The Strypes as the backing band in the 2019 film about Elton John, Rocketman. 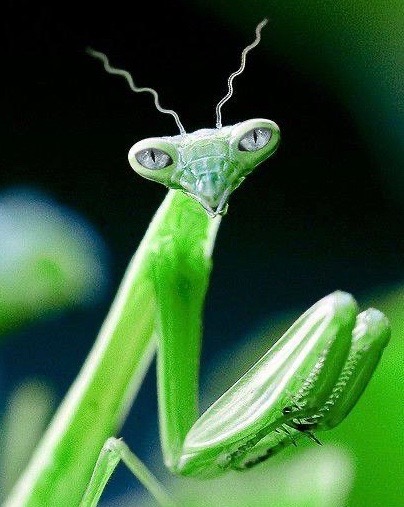 Just looking at the sheet music for ‘Flight of the Bumblebee’ by Korsakov makes me dizzy. Although this frenetic piece was meant as an interlude of an opera in the year 1900, it has gained immense notoriety on its own. Despite its speed and complexity, the classical piece has been played by countless orchestras. It is consistently referenced in many different forms of pop culture. And yes, it sounds just like a swarm of bees!

British band The Honeycombs had a million seller with ‘Have I the Right’ in 1964. The band is named after their female drummer, Honey Lantree whose brother John was the singer. The sprightly foot-stomper was produced by the legendary Joe Meek whose three No. 1 hit singles were made at his Islington apartment studio; ‘Have I the Right, ‘Johnny Remember Me’ and ‘Telstar’.

The serene ‘Fields of Gold’ by Sting appeared on his fourth studio album Ten Summoner’s Tales in 1993. The lovely video was shot by Godley & Crème

Swedish band The Hives had a great song called ‘Hate to Say I Told You So’ on their second album Veni Vedi Vicious in 2001. It was featured in the 2002 Spider Man movie. One of my favorite album titles was their third album, Tyrannosaurus Hives (2004) for which the band won five Grammy awards in Sweden.

Blondie’s 2017 album Pollinator is named to bring attention to the plight of bees which are on the verge of extinction. Debbie Harry has worn various bee costumes onstage throughout the Pollinator tour. The song ‘Doom or Destiny’ is about our planet.

The album cover art is by Shepard Fairey. 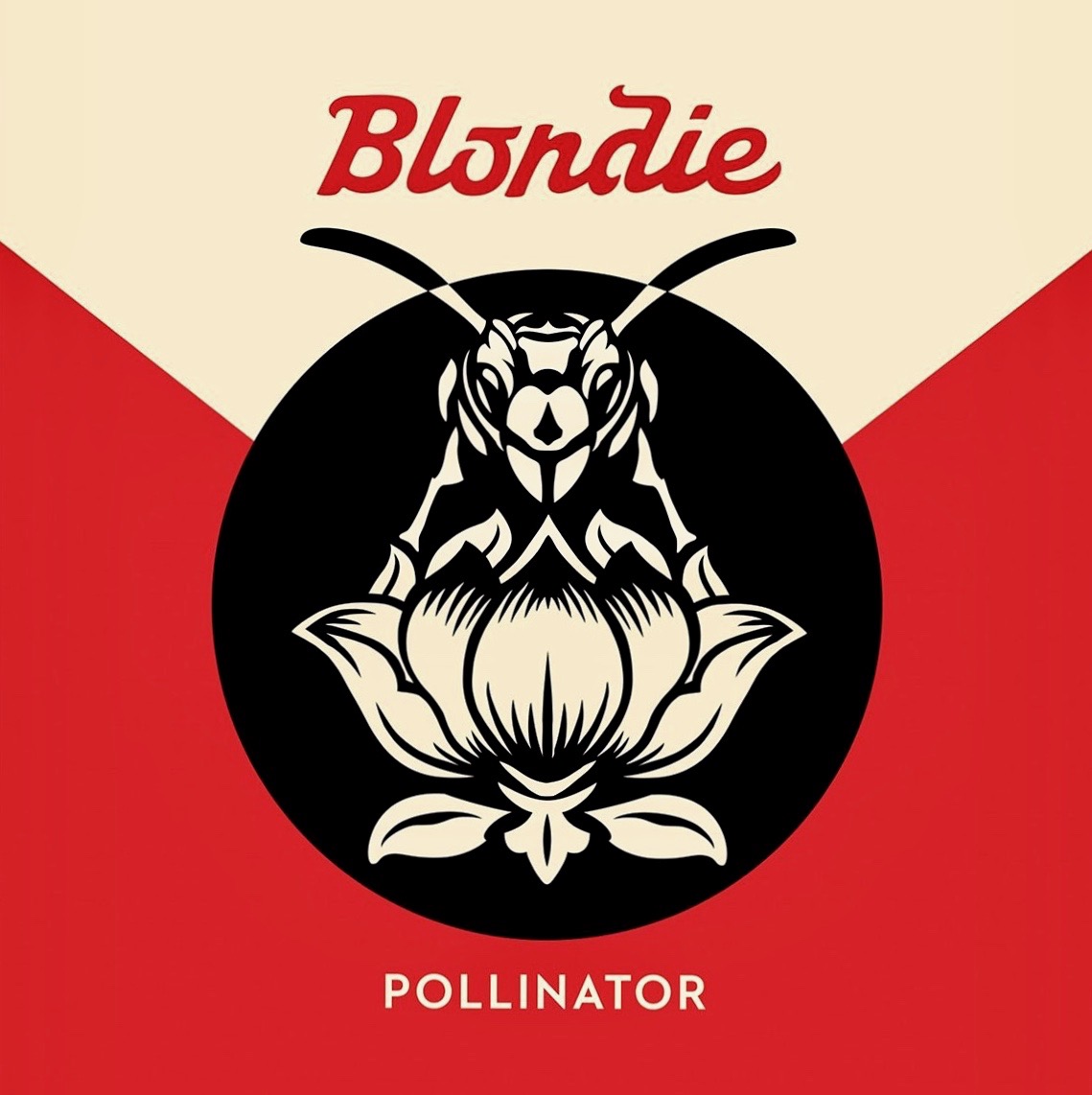 The Spider and the Fly

‘The Itsy Bitsy Spider’ is an old nursery rhyme dating back to 1910.  In it, a spider climbs a waterspout, gets pushed down by the rain and climbs up again when the sun comes out. He perseveres, just like the industrious ‘little old ant’ who moves the rubber tree plant in Frank Sinatra’s ‘High Hopes’ (see above).

‘Boris the Spider’ by The Who is on their 1966 album A Quick One.  This one features John Entwistle’s bass, as he wrote the song.

David Bowie named his band The Spiders From Mars for the album The Rise and Fall of ‘Ziggy Stardust’ and The Spiders From Mars. The line in the title track “So where were the spiders while the fly tried to break our balls…” refers to a group of Pink Floyd fans called The Flies who started to heckle their idols at live gigs when they felt that they had become too commercial and ‘sold out’.

Bowie’s tour for his 1988 album Never Let Me Down was called The Glass Spider Tour.  This interesting track on an otherwise dull album is one about nuclear holocaust – ‘Time Will Crawl’.

In 1964, before they were The Spiders, the original Alice Cooper Group called themselves The Earwigs, dressing in wigs and suits like their idols, The Beatles. Their 1970 album Easy Action had a song called ‘Return of the Spider’. In 1975, Alice released his solo album Welcome to My Nightmare with the song ‘The Black Widow’. His 2008 concept album about a spider-obsessed serial killer was called Along Came a Spider.

Along Came a Spider – The Movie: https://www.youtube.com/watch?v=VK8QZrJTpoY

‘Human Fly’ by The Cramps is one of my favorites. It was on their very first 1978 single on Vengence Records. The song is also on their first 12” EP called Gravest Hits released in 1979. The EP was produced by Big Star’s Alex Chilton in Memphis.

I would love to see an entire opera based on this operatic version:

‘I Am the Fly‘ is a great song by the band Wire. It’s on their wonderful 1978 album Chairs Missing.

The title track of Yoko Ono’s 1971 album ‘Fly’ (Yoko vocalizing the part of the insect) is also the soundtrack of her film of the same name (a.k.a. Film No. 13). In the film which portrays submission of the female, a crawling fly uses the body of a naked woman as its landscape as she lies perfectly still. The track was recorded at the St. Regis Hotel in NYC in December 1970. It was the first song recorded for the album.

Madeline: For the soundtrack to your film Fly, how did you get inside the mind of the flies to make the sounds that they would make while crawling on a naked woman’s body? I think you did a great job!

Yoko: Thank you! What I did in that situation is that I was feeling like I was a fly. – August 2018 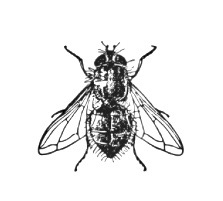