THE BALLAD OF LUCY JORDAN

‘The Ballad of Lucy Jordan’ was originally recorded in 1974 by Dr. Hook & the Medicine Show as a country song. It was written by Shel Silverstein, who also wrote ‘A Boy Named Sue’ which was a hit for Johnny Cash in 1969. Silverstein is known for his cartoons (some drawn for Playboy magazine) and for his children’s books.

Marianne Faithfull’s beautiful version of ‘The Ballad of Lucy Jordan’ appears on her ‘comeback’ album Broken English (1979). After a three-year silence between albums, Marianne returned with a very different voice. Her sweet serenades of the 1960s were now a thing of the past. This new voice was cracked and broken after severe laryngitis and years of drug addiction – yet a strange beauty emerged. The song subjects on Broken English were extremely harsh, and this voice was appropriate.

‘The Ballad of Lucy Jordan’ (also released as a single by Marianne) is entirely propelled by synths instead of drums. The percolating synth sounds reflect the ill-minded, bored, depressed and hollow 37-year-old Lucy Jordan – deliriously ignoring the ringing phone and singing nursery rhymes. She lives with the eternal lament that she ‘will never ride through Paris in a sports car with the warm wind in her hair’. The song is hauntingly sung by Marianne as if in a dream. The  despondent and delusional Lucy character reminds us of the desperate housewives in The Rolling Stones’ song ‘Mother’s Little Helper’. Lucy ascends to the rooftop and a crowd gathers, but her suicide is intercepted. She is led away to an asylum – in a long white car –  which she believes to be the fulfillment of her Parisian fantasy.

The song is always a highlight of Marianne’s live performances. It appears on two film soundtracks; Montenegro (1981) and Thelma & Louise (1991).

LUCY IN THE SKY WITH DIAMONDS

The epitome of psychedelia, The Beatles’ ‘Lucy in the Sky with Diamonds’ is of course not about LSD at all. The lyrics were inspired by a drawing that John Lennon’s young son Julian had done in school based on his little classmate called Lucy Vodden, surrounded by glittering stars. Originally saved by Julian’s mother Cynthia Lennon,  Julian has alleged that David Gilmour of Pink Floyd now owns the original drawing.

John says that the song’s imagery also came from Lewis Carroll’s Alice in Wonderland. He had always imagined a mystical woman like Yoko Ono coming into his life, which is reflected in the prescient lyrics.

“There was also the image of the female who would someday come save me – a ‘girl with kaleidoscope eyes’ who would come out of the sky. It turned out to be Yoko, though I hadn’t met Yoko yet. So maybe it should be Yoko in the Sky with Diamonds.”

– John Lennon to David Sheff (All We Are Saying)

Julian and his class mate Lucy lost touch after he left school upon his parents’ divorce. They reconnected in 2009  more than forty  years after the song’s appearance on The Beatles’ 1967 album Sgt.  Pepper’s Lonely Heart’s Club Band. (The song also appeared on the Yellow Submarine film soundtrack in 1969).  When Julian learned that Lucy had been suffering from lupus, he sent her flowers and other uplifting gifts based on her love of gardening.

Lucy passed away after a five-year long battle with Lupus at age 46 in September 2009. She was never fond of the song. “I don’t relate to the song, to that type of song,” she told the Associated Press. “As a teenager, I made the mistake of telling a couple of friends at school that I was the Lucy in the song and they said, ‘No, it’s not you, my parents said it’s about drugs.’ And I didn’t know what LSD was at the time, so I just kept it quiet, to myself.”

Lucy of ‘Lucy in the Sky with Diamonds’ fame dies

Perhaps the most famous Lucy in the world is the lovable television character Lucy Ricardo, played by Lucille Ball in the wildly popular, timeless and classic American sitcom ‘I Love Lucy’ (1951- 1957). The show’s theme song  has been perpetually etched into our brains via worldwide re-runs of the show over the decades. The instrumental was written by Oscar-nominated movie soundtrack composer Eliot Daniel. Many of his songs were also recorded by legends such as Marilyn Monroe, Bing Crosby, Gene Autry, Sarah Vaughn and Guy Lombardo. The lyrics were written by Harold Adamson, who was also nominated for several Oscars in the 1930s and 40s for his work, including another song written in 1941 which appeared in another I Love Lucy episode, ‘We’re Having a Baby (My Baby and Me)’.

I will be king, dilly dilly

You will be queen

My story about Bowie’s song ‘”Heroes”

Daniel’s theme to the tv show ‘I Love Lucy’ remains his most famous piece although at first, he chose to remain anonymous as to not tarnish his film reputation (the television medium was still new and uncharted territory). Once the show was proven to be a great success, Daniels claimed credit and royalties for the song.

Desi Arnaz recorded ‘I Love Lucy’ in 1953 for Columbia Records with Paul Weston & the Norman Luboff Choir. It became the B-side of ‘There’s A Brand New Baby (At Our House)’. This was released when Lucille Ball gave birth to their son, Desi Arnaz Jr.  – coincidentally on the same evening of the broadcast episode (January 15, 1953) in which Lucy Ricardo has her baby (Little Ricky) on the show! 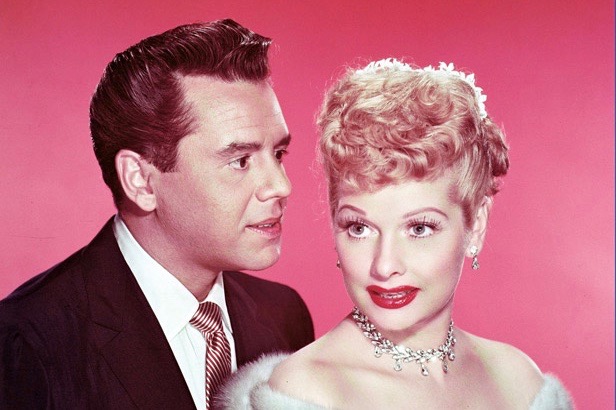 Disco Lucy! The Wilton Place Street Band – 1976 (I have the 12-inch)! https://www.youtube.com/watch?v=jHxyIpWOvPY

I love Lucy and she loves me

We’re as happy as two can be

Sometimes we quarrel but then

How we love making up again

She’s my missus and I’m her man

And life is heaven you see ‘

And Lucy loves me

The title ‘Babalu’ is a reference to the Santería deity Babalú Ayé.

The song ‘Babalu’ is about a statue of the deity during a Santeria ceremony. The singer lights candles in the shape of a cross, offering the statue a cigar while praying for protection. 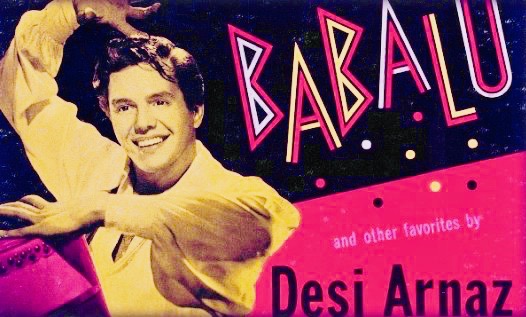 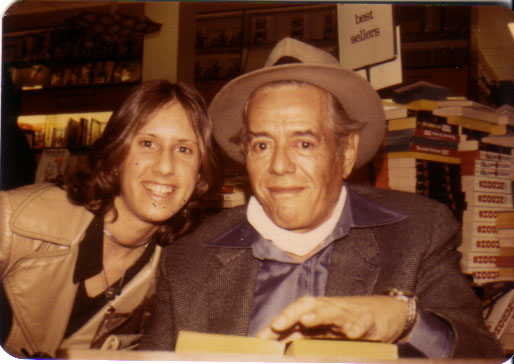 LITTLE RICHARD recorded ‘Lucille’ in New Orleans in 1956. The single was released by Specialty Records in February 1957. The song was co- written by Albert Collins and Little Richard, although first pressings credited only Collins. Little Richard (Richard Penniman) later purchased half of the song’s rights while Collins was imprisoned. Richard performed on piano and vocals. His band included Lee Allen on tenor sax, Alvin Tyler on baritone sax, Roy Montrell on guitar, Frank Fields on bass and drummer Earl Palmer.

“Lucille was after a female impersonator in my home town. We used to call him Queen Sonya. I just took the rhythm of an old song of mine called ‘Directly From My Heart’ slowed down and I used to do that riff and go, “Sonya!” and I made it into ‘Lucille’.”

He also described the nearby passing trains shaking his cousin’s house in Macon Georgia – ‘chocka-chocka-chocka’ and that’s how he got the rhythm for both songs.

‘Lucille’ was released the height of Richard’s fame in 1956/57 when he sold 32 million records. His songs were also recorded by many other artists. The Everly Brothers recorded ‘Lucille’ in 1960. Their version peaked at the same position (No. 21). In 1963, The Beatles recorded the song  for the BBC’s Pop Go the Beatles #14, and again for Saturday Club’s 5th Birthday Edition. In 2002, ‘Lucille’ was inducted into the Grammy Hall of Fame.

Little Richard used women’s names as the titles for many of his songs  – a front for his gender-bending persona (‘Good Golly Miss Molly’, ‘Long Tall Sally’….) His follow-up single was ‘Jenny, Jenny.’ 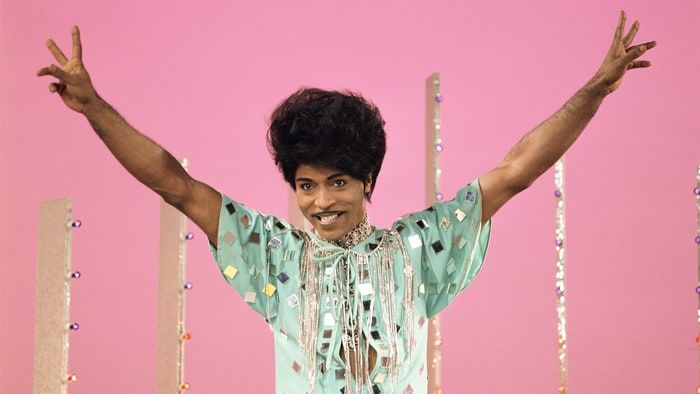 ESQUERITA was Little Richard’s flamboyant mentor from South Carolina. He also influenced many other famous rock n’ roll rebels. Esquerita had a song called ‘Hey Miss Lucy’ (too fat and juicy!). He only recorded on album, in 1959. Esquerita’s look and wildly camp on-stage chaos, yelps and screams (‘Woooo!’), his makeup, wigs piled upon his head, his pencil thin moustache, incredible piano skills and showmanship greatly inspired Little Richard. Both performers had strong religious backgrounds and had sung gospel in church as kids. Esquerita died of AIDS in 1986 at age 50.

B.B. King named all of his guitars ‘Lucille’ (they were usually black Gibson ES-335 guitars). In 1949 King re-entered a burning music hall to save his favorite $30 Gibson guitar. He learned the fire was started when two men knocked over a burning barrel while fighting over a girl named Lucille. King has named every guitar he’s owned Lucille as a reminder. He also wrote a song called ‘Lucille’ about how his guitar saved his life, telling the story of how he got the name. The lyrics are a loving spoken soliloquy about King’s love for his guitar. He mentions the names of singers whom he idolizes, Sinatra, Sammy, Mahalia Jackson, etc… but nobody sings better than his guitar Lucille!

He also recorded a song titled ‘My Lucille’ in 1985. Gibson produced sever special editions of  B.B. King Lucille guitars over the years.

Lucille took me from the plantation 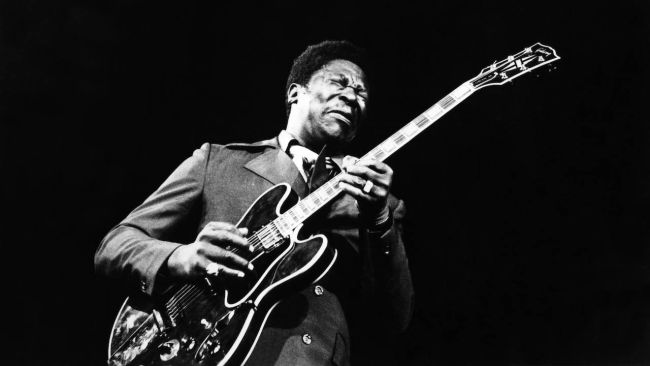 This is a non-profit blog created for educational and research purposes.
Any content that may violate copyright or free usage laws will be removed immediately upon request.

Read about other cool songs in my category