Here are some of my favorite Cher songs and photos… 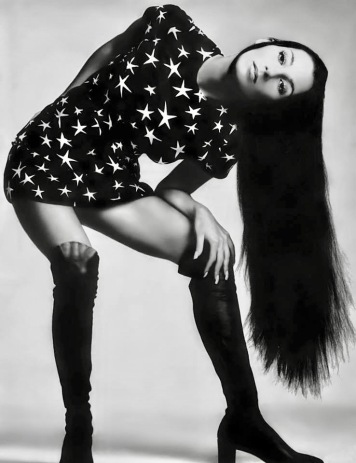 My memories of Cher always bring me to this excessively orange moment in time when David Bowie was the guest star on her television show. They sang a strange medley of American pop songs together to promote his then new album, Young Americans. The live medley was recorded at CBS studios in Los Angeles. It aired on November 23, 1975. Bowie and Cher look a bit less surreal in black and white. 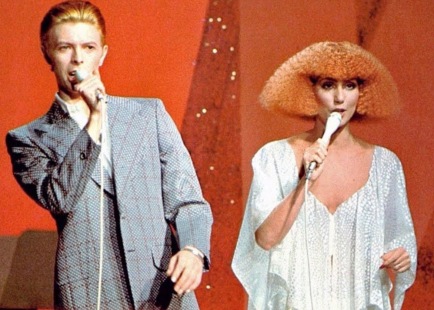 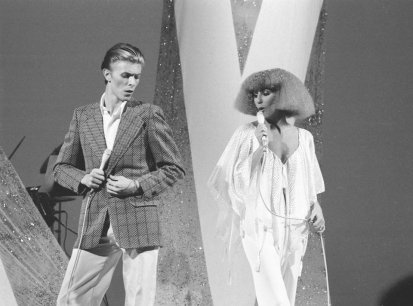 My parents took me to see Sonny & Cher live at Westbury Music Fair in July 1972. Not only were the musical performances great, but the loving couple’s rapport and loving put-downs were very funny and endearing.

Sonny & Cher’s 1965 single ‘I Got You Babe’ is one of the best love songs ever written. The lyrics describe the scenario of so many young lovers; although they do not have much, they have each other. The song’s unique sound was due to the use of an oboe punctuating the choruses. Sonny wrote their first huge hit as a reaction to Bob Dylan’s ‘It Ain’t Me Babe’. The song was recorded using members of The Wrecking Crew – the legendary players who played on hundreds of hit songs for countless artists.

Years after their split, Sonny and Cher reunited to perform ‘I Got You Babe’ together on Late Night with David Letterman in 1987. This emotional moment takes us (and them) back to that sweet and innocent time in the 60s when this song rang true for so many of us. It’s so endearing when Cher makes mistakes at the ending (‘Oh that was my part!”) and Sonny kisses Cher’s hand OMG!!! And when Sonny sheds a tear at the end… This is just wonderful!

I also love the David Bowie/Marianne Faithfull duet on ‘I Got You Babe’ from Bowie’s 1973 American television special The 1980 Floor Show. It’s a train wreck, but a beautiful one!

‘Bang Bang (My Baby Shot Me Down)’ is about a couple of kids playing the game Cowboys & Indians. They grow up to become lovers. Not much changes in their relationship. It was written by Sonny Bono and sung by Cher in 1966 on her solo album The Sonny Side of Cher. It was her first million-selling single as a solo artist. The song was on the soundtrack to their failed film, Chastity. Cher did a rock re-make of this song for her Cher album (1987) featuring backing vocals by Jon Bon Jovi.

Nancy Sinatra does a gorgeous moody, twangy cover version of this. 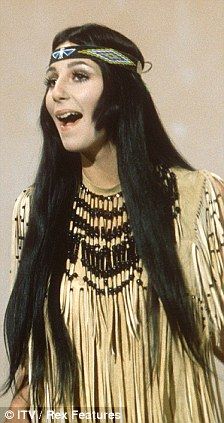 ‘Half-breed’ was a No. 1 hit for Cher in 1973, featuring the great Hal Blaine, drummer of The Wrecking Crew who performed on hundreds of hit records in the 1960s & 70s. Cherilyn Sarkisian is Armenian (her mother claims to be of part Cherokee ancestry, but Cher probably did not have such problems growing up as the lyrics suggest. 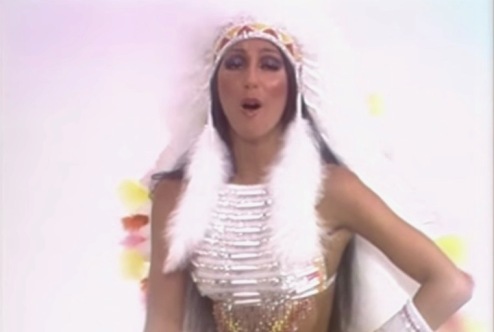 Whether we like it or not, Cher, now in her early 50s launched the maddening phenomenon of Auto-tune with her synthetic worldwide smash hit dance single ‘Believe’ in 1998. The producer was not sure if she would like the pitch-tweaking effect on her vocals, but Cher approved – and the rest is history! Although it did sound wonderful on ‘Believe’, Auto-tune continues to be perhaps a trifle misused now in 2020.

Although they had been divorced for years,

It is so sweet and beautiful, as she cried through the whole thing…

I must mention Sonny’s Dylanesque song ‘Laugh At Me’ (without Cher). Sonny wrote the lyrics about being thrown out of a restaurant because of the clothes they were wearing.  This also features The Wrecking Crew and Sonny’s own ‘wall of sound’ production after years of working with Phil Spector.

A cab driver told me that he once had Sonny Bono as his passenger. He asked Sonny what he thought of Mott The Hoople’s version, and he said it was fantastic! 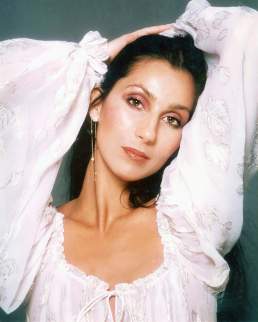 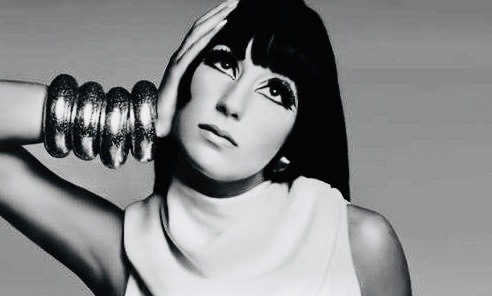