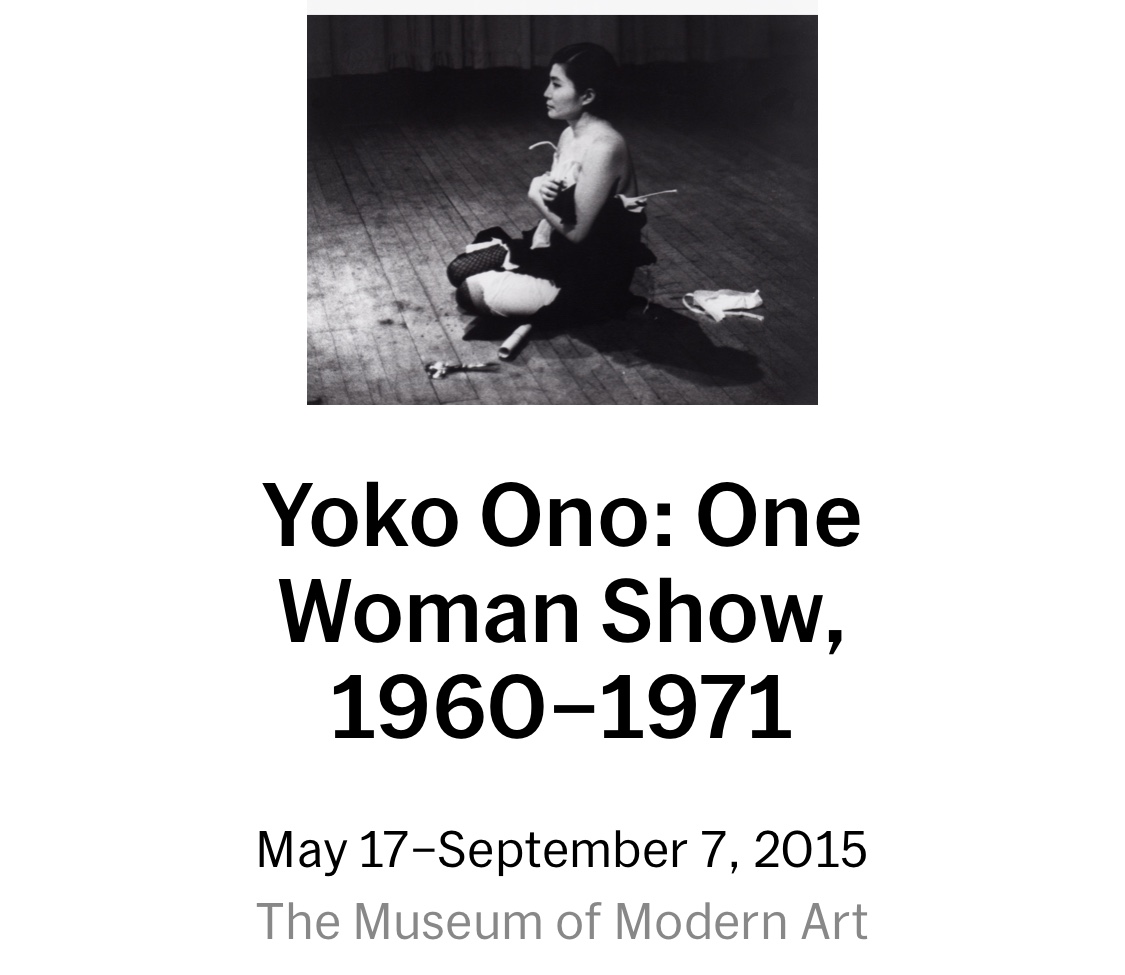 I attended the preview of Yoko’s One Woman Show on May 14, 2015 and witnessed the most joyful sight… my Queen traveling through the exhibit at night, receiving wild accolades from the VIP crowd.

This is truly one of Yoko’s proudest moments. It’s great to see her so happy. Her conceptual One Woman Show from 44 years ago is now a reality! (And so is her once imaginary light tower in Iceland for John!!)

I had the chance to congratulate Yoko, and got a hug from my favorite person in the universe! Walking through the exhibit behind her,  I was curious as to what she would do when she passed by Painting to be Stepped on. Curiously, she walked around it! (I remember her notes about Isamu Noguchi stepping on the original painting at her first exhibition at George Maciunas’ AG Gallery in 1961 wearing a pair of elegant Zohri slippers!) 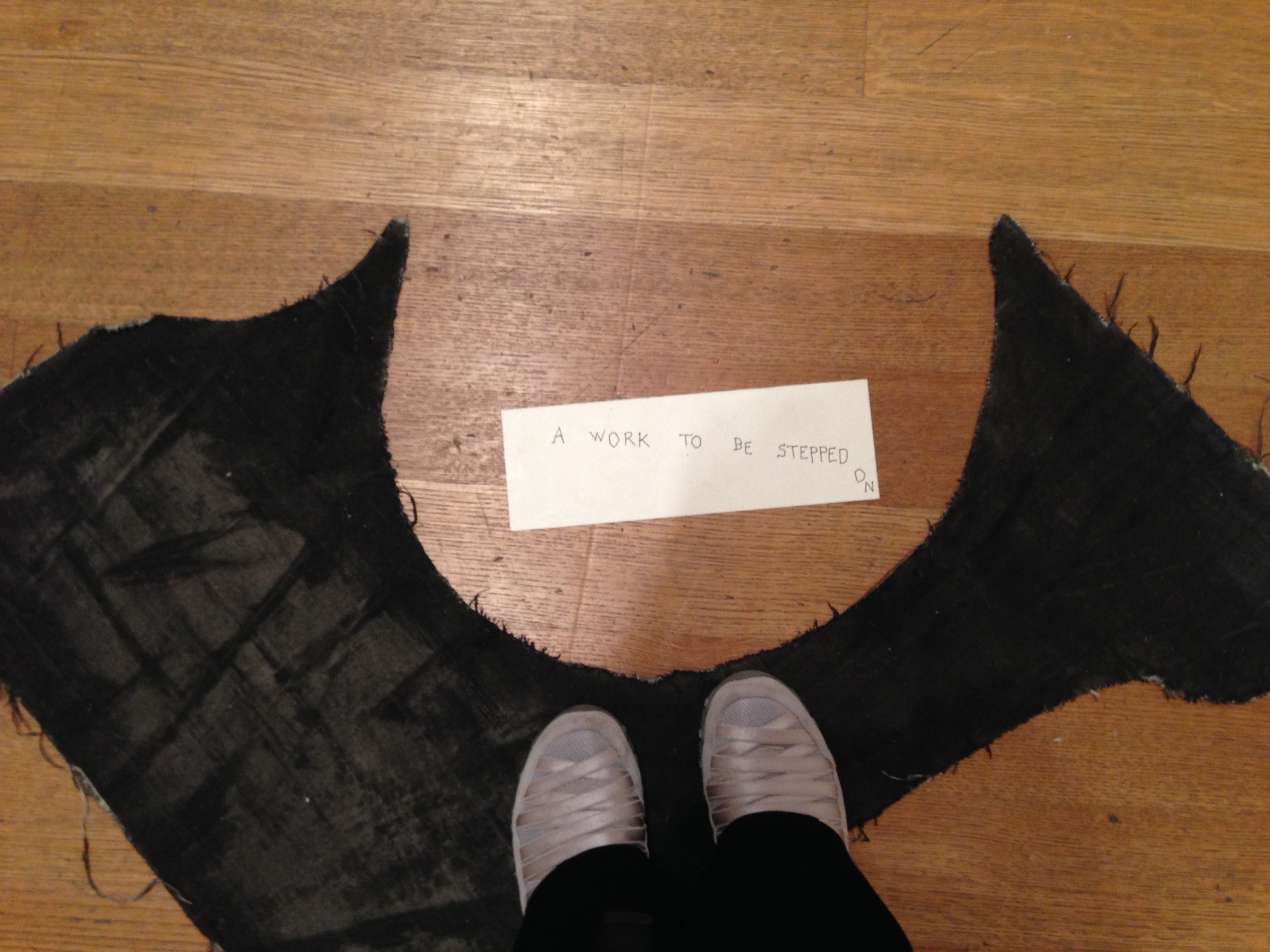 A DJ played Yoko music all night in the lobby!

Yoko’s original 1970s MoMA catalog is on display (I acquired a precious copy years ago!) along with the ad she placed in the Village Voice. A vintage film shows interviews with people who had come to see the imaginary exhibition, or had thought they had actually seen it! 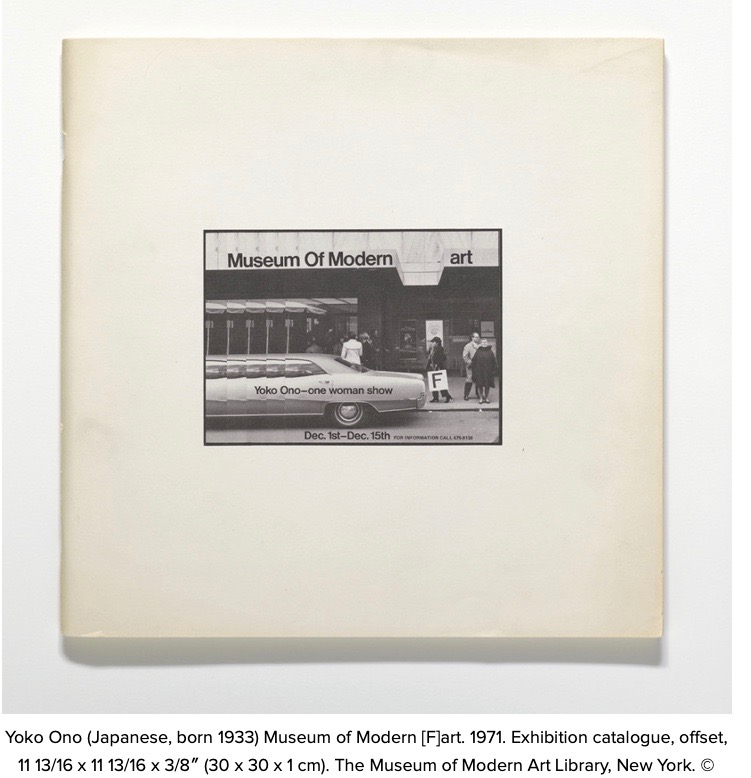 There are 100+ vintage works (1960-1971). Of course, everything is white. The first vision is a glowing green Apple on the original cracked Plexiglas pedestal from 1966 – with a security guard standing behind it! I asked him if he felt silly guarding an apple, and he said, “Yeah because it’s totally replaceable!” “When it deteriorates and disappears, the pedestal with the ‘ APPLE’ plaque will just be left there like a tombstone.” Y.O.
The exhibit provided jobs for two women who writhed around inside black bags (Bag Piece) all day. I would love to see the ad for that job! 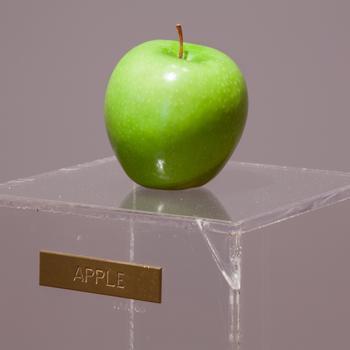 All of Yoko’s ‘greatest hits’ are there; Ceiling Painting (John’s favorite!), Painting To Hammer A Nail In (John’s imaginary nail was there – well, at least I imagined it!), Add Color Painting, Half A Room, Play It By Trust, Painting to be Stepped on, Sky TV, Sky Machine, Forget It, Three Spoons, Keys To Open The Skies…
One room has the 151 original typescript instructional postcards for Grapefruit – my favorite book of all time, framed along a very long wall.

There are several of Yoko’s films showing in the gallery; Smile, Cut Piece, Eyeblink, Bottoms, and Fly, the soundtrack of which provides the ambience of the exhibit. Yoko’s vocalizations of a fly – yelps and cries – permeate the space. It is like she is there with us, yet sometimes sounded like the soundtrack of Jurassic Park! There is also a film of Wrapping Event (Yoko wrapping of one of the lions in Trafalgar Square in the 60s).

My story about Wrapping Event

My story about Yoko’s film Fly

A glass case contains the remaining 17 of the 33 mornings from Morning Piece on Yoko’s Chambers Street rooftop. The broken glass pieces are labeled with dates of future mornings (all long passed now). ‘And you can see the sky through them!’

There is a Plastic Ono Band room. ‘Why’ is playing in an endless loop, all the POB albums are displayed, with rare posters. My idea of heaven!

See my story: We Are Plastic Ono Band

We Are Plastic Ono Band!

Touch Piece is held in a quiet room where there is a sign that reads, ‘Touch each other’. Several of Yoko’s concert scores for John Cage are exhibited. Pieces from her first show at George Maciunas’ AG gallery on Madison Avenue (1961) from her Fluxus days have been recreated.

There is only one new piece – To See The Sky:

a spiral staircase that leads to a skylight.

I only wish that John were still here to take a bite out of the apple! 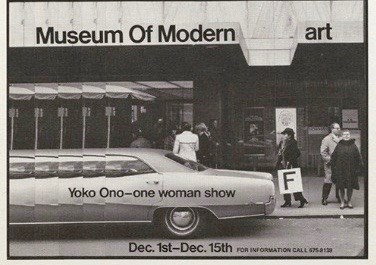 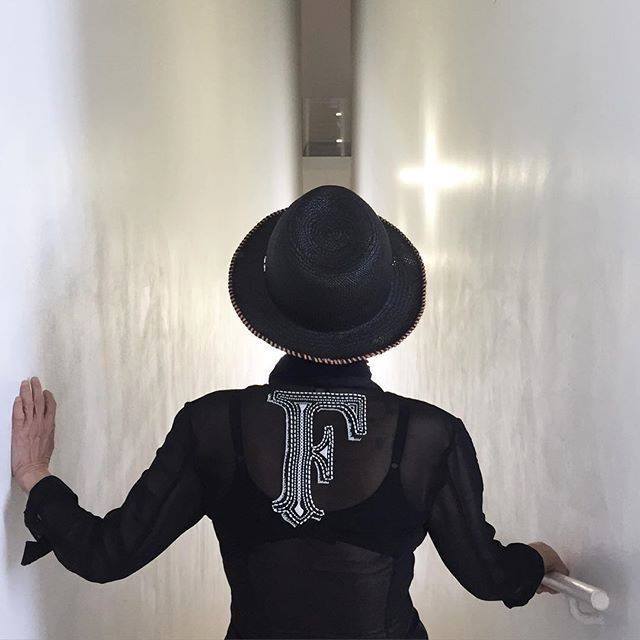 with Standing Woman by Gaston Lachaise 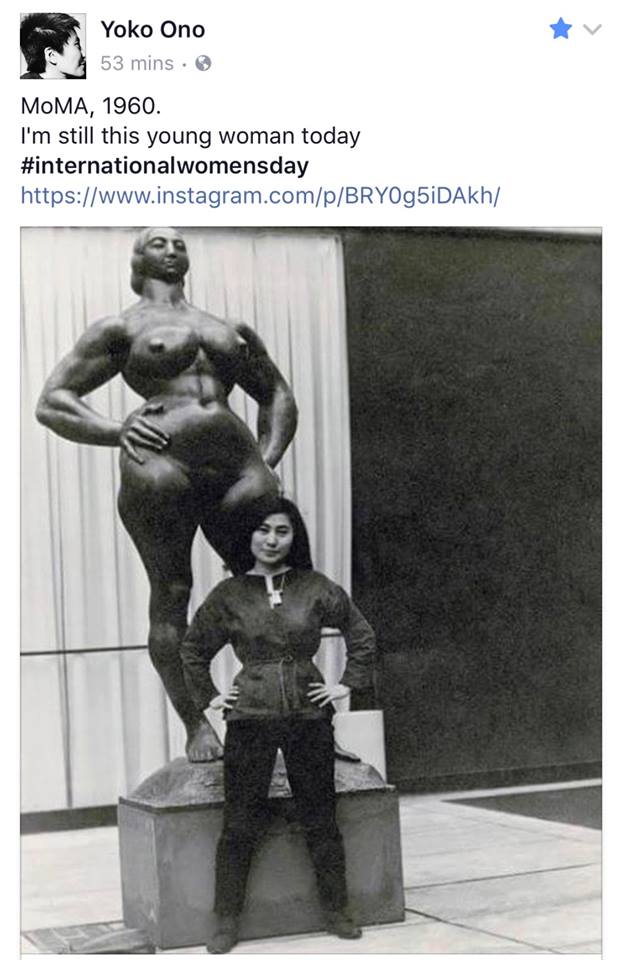 © Madeline Bocaro 2015. No part of these written materials may be copied, photocopied, reproduced, translated or reduced to any electronic medium or machine-readable form, in whole or in part, without the  prior written consent of Madeline Bocaro. Any other reproduction in any form without permission is prohibited. All materials contained on this site are protected by United States copyright law and may not be reproduced, distributed, transmitted, displayed, published or broadcast without prior written permission of Madeline Bocaro. 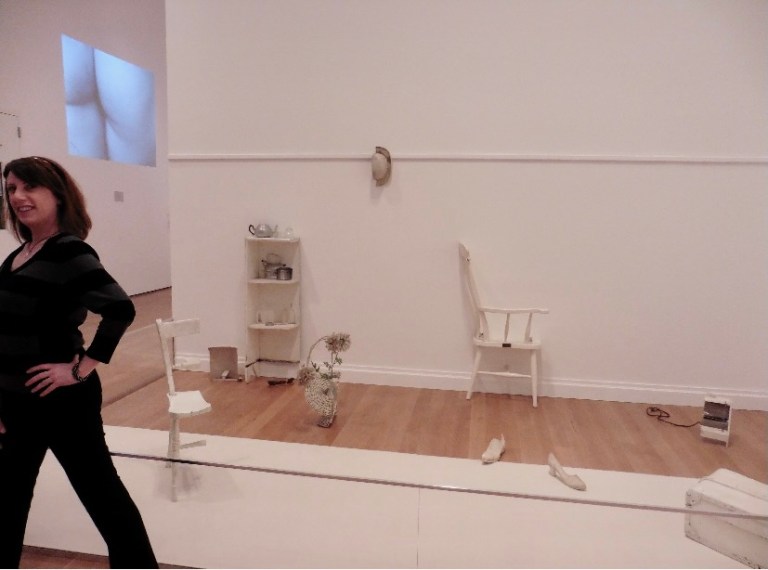